Most people would say that the United States of America has 50 states, and that Hawai‘i is one of them. But Hawaiian academic Dr. Keanu Sai says otherwise. Sai says that Hawai‘i was never legally annexed to the United States, and has been illegally occupied for the past 121 years. Wire producer Nick Bond asks Sai whether Hawai‘i really is a nation under occupation.

To listen to the interview of Dr. Keanu Sai click here. 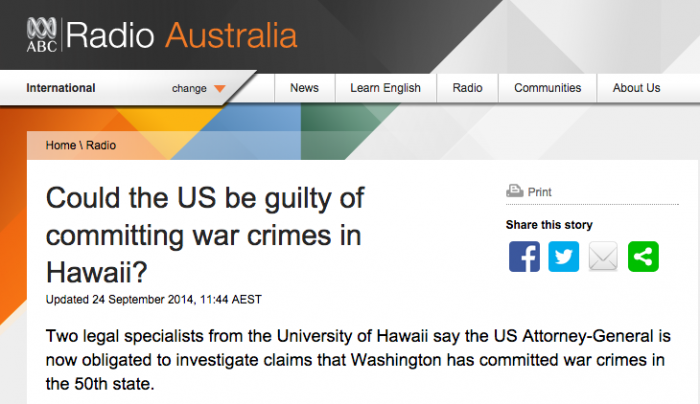 At Hawaiian Homes hearing at Paukukalo 10:00 a.m. this morning, “Uncle Joe” Tassil called for a moratorium of all evictions in Hawaiian Homes until the Justice Department responds to a letter authored by Dr. Chang, Professor of Law at UH which letter was premised upon a letter and memorandum drafted by Dr. Keanu Sai, Ph.D. regarding the current existence of the Hawaiian Kingdom and the unlawful occupation by the United States in Hawai’i. Attorney Dexter Kaiama testified on behalf of qualified Hawaiian Beneficiaries as to Department of Hawaiian Homelands, a state agency’s, lack of jurisdiction.  Christopher Fishkin, a legal assistant to a law office in Wailuku, testified separately, to numerous violations of Federal law by DHHL and violations of the rights of qualified Hawaiian beneficiaries pursuant to the Federal law. Fishkin also encouraged the Commissioners to adopt Commissioner Tassil’s recommendation of a moratorium of evictions, to review and address the violations of Hawaiians’ rights in Hawaiian Homes which Fishkin asserted were being perpetuated against qualified Hawaiian beneficiaries under the color of state law.

Representative of Habitat for Humanity and solar energy providers to Hawaiian Homes testified as to lengthy delays in their being able to provide services to Hawaiians in Hawaiian Homes and unclear contractual obligations in order to do so.

A very provocative talk story session with Associate Professor Kaleikoa Kaeo of the University of Hawai‘i Maui College and Keala Kelly about Hawaiian Consciousness and being Enlightened. This is part 1 of 2.

Kingdom Media Hawai‘i will be providing a live stream of Professor Chang’s press conference at the University of Hawai‘i William S. Richardson School of Law. The press conference will begin at 2:00 pm in front of the Law School’s administration building across from the Law Library.

UPDATE: Due to technical difficulties the live streaming was not able to take place. Kingdom Media Hawai‘i, however, did record the press conference and will be playing it on its website. 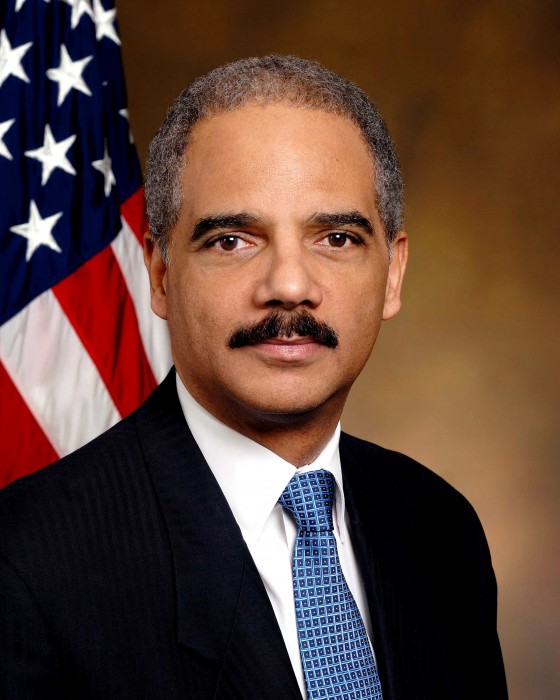 “As a means of inculcating patriotism in the schools, the Board of Education has agreed upon a plan of patriotic observance to be followed in the celebration of notable days in American history, this plan being a composite drawn from the several submitted by teachers in the department for the consideration of the Board. It will be remembered that at the time of the celebration of the birthday of Benjamin Franklin, an agitation was begun looking to a better observance of these notable national holidays in the schools, as tending to inculcate patriotism in a school population that needed that kind of teaching, perhaps, more than the mainland children do–although patriotism is inculcated in the schools there, also.

The matter was taken up by the school department, at once, and the teachers were asked to submit their views upon it. The result is embodied in the “patriotic program” printed herewith, which represents the best educational thought of the Territory. The program follows, and will be sent out officially in pamphlet form as a guide to teachers in the observance of national days in the schools.”

The term “inculcate” is defined as “to cause something to be learned by someone by repeating it again and again.” This is another word for “indoctrination” that is defined as “the process of inculcating ideas, attitudes, cognitive strategies or a professional methodology (see doctrine). It is often distinguished from education by the fact that the indoctrinated person is expected not to question or critically examine the doctrine they have learned.”

According to the U.S. Library of Congress’ “Chronicling America“:

“The Hawaiian Gazette was a fervent advocate of the sugar industry and other American economic interests in Hawai‘i. Early on, these interests were in line with those of the Hawaiian monarchy; as such, the Hawaiian Gazette became the official newspaper of the Kingdom in 1865 under King Kamehameha V and was published by James H. Black and the Hawaiian government until 1873. In the mid-1870s, the paper turned decidedly anti-monarchy when the views of King Kalākaua and those of the local oligarchy–a powerful contingent of pro-American, pro-annexation sugar interests–began to diverge. The Hawaiian Gazette attacked Kalākaua’s government for what it regarded as wasteful spending on the King’s coronation ceremony and efforts to revive public performances of Hawaiian chanting and hula. It avidly supported the call for a new government, which was achieved in 1887 when the Bayonet Constitution effectively stripped the king of his power and secured the oligarchy’s political authority. At that time, the Hawaiian Gazette resumed its place as one of the government’s biggest advocates; indeed, several high-ranking members of the oligarchy, including William R. Castle and Sanford B. Dole, would oversee the newspaper in years to come. In January 1893, the paper was among several that refused to print Queen Liliu‘okalani’s protest against the overthrow of the Hawaiian monarchy and painted her efforts to reestablish the Kingdom’s authority as illegal and counterrevolutionary. Following the Queen’s overthrow on January 17, 1893, the Hawaiian Gazette published the proclamation and orders of the new Provisional Government and began referring to Liliu‘okalani as Hawai‘i’s ‘ex-Queen.’ Two weeks later, the paper asserted that it, together with the Pacific Commercial Advertiser , “contained the only true and extended account of the late revolution”and encouraged readers to sign the Provisional Government’s loyalty oath.”

In an interesting move by the Office of the Historian on the U.S. Department of State, the article Annexation of Hawai‘i, 1898, was “removed pending review to ensure it meets our standards for accuracy and clarity.”

Below is the article that was removed.

To download Professor Chang’s testimony to the Department of Interior when they held public hearings throughout the Hawaiian Islands click here.

A follow up to the September 2nd Panel Discussion Hosted by The American Constitutional Society with Professor Williamson Chang and Anne Keala Kelly. This is a part 1 of 2 episodes and will surely keep you intrigued…

Host of Life in the Law, Kenneth Lawson, interviews law Professor Williamson Chang and political scientist Dr. Keanu Sai on the legal issues surrounding the occupation of the Hawaiian Islands. Lawson is faculty at the University of Hawai‘i William S. Richardson School of Law and teaches criminal law.

Anne Keala Kelly is an award winning, Native Hawaiian filmmaker and journalist whose works focus primarily on the early 21st century Hawaiian sovereignty movement. Her feature length documentary, Noho Hewa, has been screened and broadcast internationally and is widely taught in university courses that focus on indigenous peoples, the Pacific, and colonization.