When the Hawaiian Kingdom deposited its Instrument of Accession with the United Nations Secretary-General on December 10, 2012 in New York City, the International Criminal Court (ICC) will possess jurisdiction over Hawaiian territory beginning on March 4, 2013. According to Article 126 of the Rome Statute, the ICC will have jurisdiction “on the first day of the month after the 60th day following the date of the deposit of the…instrument of…accession.”

The ICC prosecutes individuals and not states for war crimes committed within occupied territories. Only states can accede to the jurisdiction of the ICC, and that Hawai‘i achieved the international recognition of its statehood on November 28, 1843 by joint proclamation of Great Britain and France and entered into extensive diplomatic relations and treaties with other states.

The justification for the accession was based on two points: first, the acting government is not able to enforce and prosecute individuals for violating Hawaiian law and the law of occupation taking place within Hawaiian territory; and second, the U.S. Pacific Command has refused to hold to account individuals for committing war crimes that have been reported since July 6, 2012. 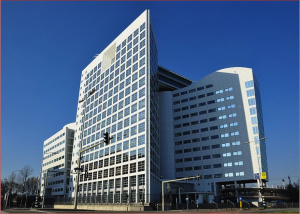