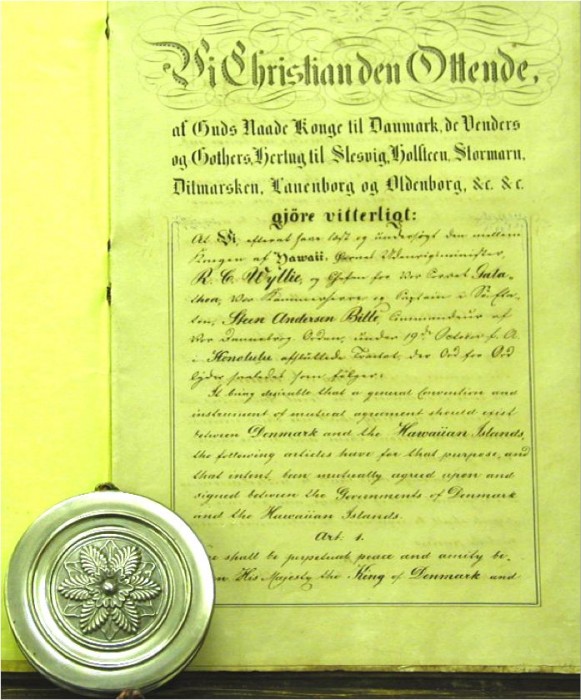 These treaties have the “most favored nation” clause, and secure the equal application of commercial trade in the Hawaiian Islands to all treaty partners. These treaties have all been violated by the United States through the unlawful imposition of the Merchant Marine Act (1920)—also known as the Jones Act—that has secured commercial control over the seas to United States citizens, which has consequently placed the citizens of these foreign states at a commercial disadvantage (46 U.S.C. §883-1). The clause is designed

“to establish the principle of equality of international treatment. The test of whether the principle is violated by the concession of advantages to a particular nation is not the form in which such concession is made, but the condition on which it is granted; whether it is given for a price, or whether this price is in the nature of a substantial equivalent, and not a mere evasion (Black’s Law Dictionary 1013 (6th ed. 1990).”

Treaties “are legally binding, because there exists a customary rule of International Law that treaties are binding. The binding effect of that rule rests in the last resort on the fundamental assumption, which is neither consensual nor necessarily legal, of the objectively binding force of International Law (L. Oppenheim, International Law, vol. 1, 794 (7th ed. 1948),” states Oppenheim. “No distinction should be made between more or less important parts of a treaty as regards its execution. Whatever may be the importance or the insignificance of a part of a treaty, it must be executed in good faith, for the binding force of a treaty covers all its parts and stipulations equally (Id., 829).”

2 thoughts on “Continuance of Hawaiian Treaties with Foreign States”