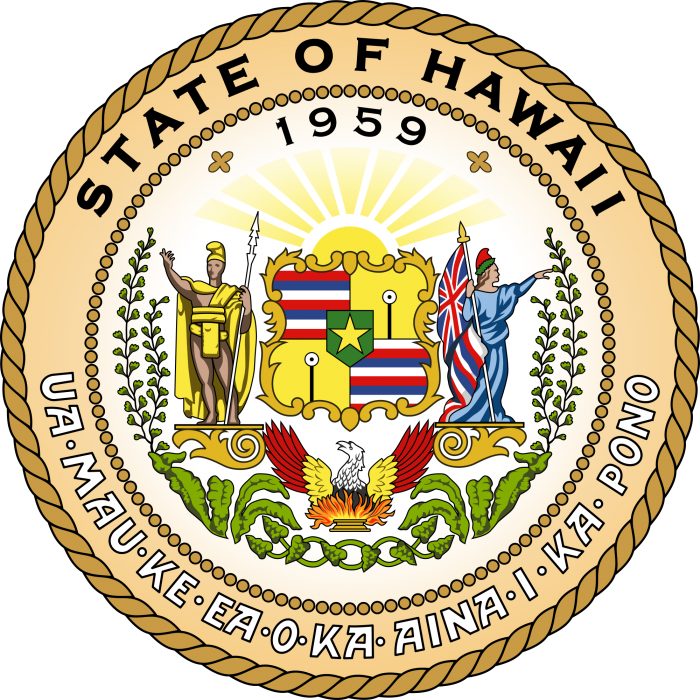 While the State of Hawai‘i cannot claim to be a government de jure (lawful government) or de facto (government of a successful revolution), customary international law defines it as an Armed Force for the occupying state. Military manuals define Armed Forces as “organized armed groups which are under a command responsible to that party for the conduct of its subordinates (Jean-Marie Henckaerts and Louise Doswald-Beck, Customary International Humanitarian Law, vol. I, 14 (2009).” According to Henckaerts and Doswald-Beck, “this definition of armed forces covers all persons who fight on behalf of a party to a conflict and who subordinate themselves to its command (Id., p. 15),” and that this “definition of armed forces builds upon earlier definitions contained in the Hague Regulations and the Third Geneva Convention which sought to determine who are combatants entitled to prisoner-of-war status (Id.).” Article 1 of the 1907 Hague Convention, IV, provides that

“The laws, rights, and duties of war apply not only to armies, but also to militia and volunteer corps fulfilling the following conditions: (1) To be commanded by a person responsible for his subordinates; (2) To have a fixed distinctive emblem recognizable at a distance; (3) To carry arms openly; and (4) To conduct their operations in accordance with the laws and customs of war.”

The laws and customs of war during occupation applies only to territories that come under the authority of either the occupier’s military or an occupier’s Armed Force, such as the State of Hawai‘i, and that the “occupation extends only to the territory where such authority has been established and can be exercised (1907 Hague Convention, IV, Article 42).” According to Ferraro, “occupation—as a species of international armed conflict—must be determined solely on the basis of the prevailing facts (Tristan Ferraro, Determining the beginning and end of an occupation under international humanitarian law, 94 (no. 885) Int’l Rev Red Cross 133, 134 (Spring 2012).” Although unlawful, it is a fact that the United States created the State of Hawai‘i through congressional action and signed into law by its President, Dwight D. Eisenhower, in 1959. It is also a fact that the United States approved the constitution of the State of Hawai‘i that provides for its organizational structure.

As an Armed Force, the State of Hawai‘i established its authority over 137 islands (“Hawai‘i Facts and Figures” (December 2014), State of Hawai‘i Department of Business, Economic Development & Tourism), “together with their appurtenant reefs and territorial and archipelagic waters (State of Hawai‘i Constitution, Article XV, section 1.” These islands include the major islands of Hawai‘i, Maui, O‘ahu, Kaua‘i, Molokai, Lana‘i, Ni‘ihau, and Kaho‘olawe. It is the effectiveness of the control exercised by the State of Hawai‘i over this territory, as an Armed Force for the United States, which triggers the application of occupation law.

Allegiance to the United States as the Occupying State

The State of Hawai‘i, as an Armed Force, bears its allegiance to the United States where its officials, to include its Governor, take the following oath of office: “I do solemnly swear (or affirm) that I will support and defend the Constitution of the United States, and the Constitution of the State of Hawaii, and that I will faithfully discharge my duties as […] to best of my ability (Id., Article XVI, sec. 4).”

To be commanded by a person responsible for his subordinates

A Governor who is elected by U.S. citizens in Hawai‘i is head of the State of Hawai‘i. The Governor is responsible for the execution of its laws from its legislature and to carry out the decisions by its courts. The Governor is also the “commander in chief of the armed forces of the State and may call out such forces to execute the laws, suppress or prevent insurrection or lawless violence or repel invasion (Id., Article V, sec. 5).” The Governor’s subordinates include all “executive and administrative offices, departments and instrumentalities of the state government (Id., sec. 6).”

To have a fixed distinctive emblem recognizable at a distance

According to its constitution, “The Hawaiian flag shall be the flag of the State (Id., Article XV, sec. 3).”

As the Governor is the commander in chief of the State’s Armed Forces, and is responsible for the suppression or prevention of insurrection or lawless violence, as well as repelling an invasion, the State of Hawai‘i is capable of conducting operations in accordance with the laws and customs of war during occupation. The State of Hawai‘i Army and Air National Guard are trained in the laws and customs of war.