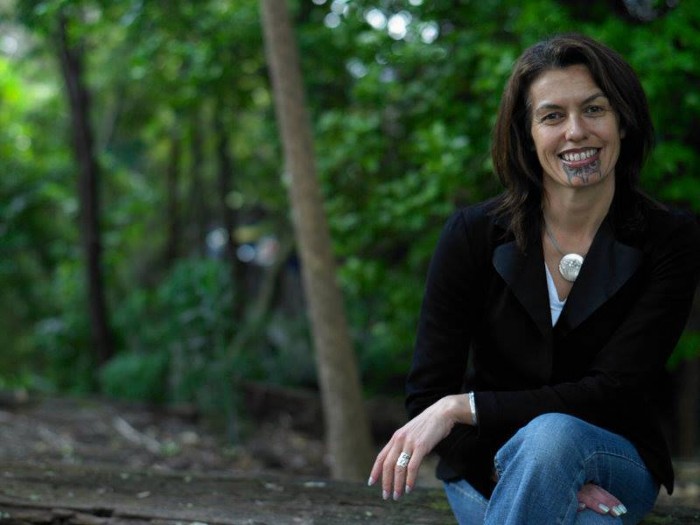 Dr. Mera Lee-Penehira, from the University of Auckland, has this week lodged a criminal complaint with Attorney General Christopher Finlayson QC, under the International Crimes and International Criminal Court Act 2000.

“The U.S. unilaterally seized the islands of Hawai‘i back in 1898 for military interests during the Spanish-American war, and have remained there as illegal occupiers ever since. This is about acknowledging and righting the wrongdoings of the U.S. in Hawai’i”, says Dr. Lee-Penehira.

A recent visit from leading political scientist Dr. Keanu Sai of the University of Hawai’i who met with tribal and political leaders, has brought to the fore the illegal occupation of Hawai’i, and the implications for New Zealand. He states that, “In 2001, the Permanent Court of Arbitration at The Hague, acknowledged that, in the nineteenth century the Hawaiian Kingdom existed as an independent State recognized as such by the United States of America, the United Kingdom and various other States. By virtue of the 1851 treaty between the Hawaiian Kingdom and the British Crown, as well as our connection as peoples of the Pacific, New Zealand citizens have a special relationship with Hawai‘i.”

Dr. Lee-Penehira, has been to Hawai’i on a number of occasions in recent years, and last month visited Mauna a Wakea, a sacred site at the centre of contention between the U.S. government and Native Hawaiians. The planned construction of the world’s largest telescope, the TMT project, on this sacred site, has received much media attention of late and many New Zealand citizens are concerned about this issue.

Marama Davidson, member of Maori women’s political advocacy group Te Whare Pora Hou states, “Protectors of Mauna a Wakea have been occupying the sacred ancestral mountain on the island of Hawai‘i for over 120 days now, to prevent the construction of this telescope. We stand in solidarity with the protectors in efforts to stop this destruction. This is a direct attack on the physical, spiritual and cultural integrity of the maunga, and the wellbeing of both the environment and people.”

In lodging the complaint Dr Lee-Penehira is invoking her right as a New Zealand citizen under the 1851 treaty, “We need to challenge everything the U.S. government does in Hawai‘i, because on the basis of law, it is quite simply wrong. The historical documentation is clear, that the Hawaiian Kingdom continues to exist under an illegal occupation by the U.S. and that the laws of occupation must be complied with. As a victim of war crimes committed in Hawai‘i, this cannot be allowed to continue to take place with impunity.”

According to the complaint, Dr. Lee-Penehira states that she has suffered grave harm and calls upon the New Zealand Attorney General to “initiate an immediate investigation into the private organization called the State of Hawai‘i for the war crime of pillaging under the guise of taxation in accordance with 11(2)(b) of the International Crimes and International Criminal Court Act 2000 and fraud. The so-called taxes were collected under what the State of Hawai‘i calls a General Excise Tax (GET) at 4.712% while on the island of O‘ahu that includes a 0.546% “County Tax” and 4.166% on the other islands, and a Transient Accommodations Tax, also called a Hotel Room Tax, at 9.25%. The County Tax is deposited with the City and County of Honolulu, Island of O‘ahu.”

She also states in her complaint, “When a car is rented at the State of Hawai‘i’s Honolulu International Airport, there is a State of Hawai‘i GET at 4.712%, a Highway Surcharge at $3.00 a day, a Vehicle Registration fee between $0.35 and $1.45 a day, and an Airport Concession Recovery Tax at 11.1%. Except for the GET, the revenues collected for rental cars are deposited with the State of Hawai‘i Department of Transportation—Highway and Airport Divisions. Although the GET is levied on businesses for doing business in Hawai‘i, the State of Hawai‘i allows these businesses to pass those extra taxes on to the consumer of all goods in Hawai‘i.”

Ms. Davidson supports the complaint saying, “These allegations of war crimes committed in Hawai‘i are very serious, and if true will have a profound effect on all New Zealanders as well as the Trans Pacific Partnership negotiations that are ironically taking place this week in Hawai‘i. It is now incumbent on New Zealand authorities to either prove that the Hawaiian Kingdom does not exist under international law and that there is no Hawaiian-British treaty, or initiate a criminal investigation into the allegations of war crimes committed against a New Zealand citizen.”