In 1936, a very important case was heard by the United States Supreme Court that centered on the limitation of U.S. laws that became a binding precedent. The case was U.S. v. Curtiss-Wright Export Corp., 299 U.S. 304, 318, where the U.S. Supreme Court stated, “Neither the Constitution nor the laws passed in pursuance of it have any force in foreign territory unless in respect of our own citizens; and operations of the nation in such territory must be governed by treaties, international understandings and compacts, and the principles of international law.” Expressed in a different way, the U.S. constitution and federal statutes have no legal effect outside of the United States and actions taken by the United States government in foreign territories are governed by international law and treaties.

For Hawai‘i, a few of the treaties include:

Federal statutes that were passed in pursuance of the U.S. Constitution by Congress regarding Hawai‘i include, but are not limited to:

Without a treaty of cession, the Hawaiian Islands remain a foreign territory and therefore the U.S. constitution and federal statutes have no legal effect. Two particular federal statutes, the 1913 Revenue Act that established the Internal Revenue Service and the 1920 Merchant Marine Act, also known as the Jones Act, are not only illegal but are the driving forces behind Hawai‘i’s high cost of living.

According to the Tax Foundation 2013 Facts & Figures, the current taxes paid by residents of Hawai‘i under United States laws, which includes the laws of the State of Hawai‘i, with an average income of $42,925.00 are on average $16,311.00. This is $.38 on the dollar (38%), which is a conservative estimate. Here’s the breakdown:

The Jones Act is a restraint of trade and commerce in violation of international law and treaties between the Hawaiian Kingdom and other foreign States. According to the Jones Act, all goods, which includes tourists on cruise ships, whether originating from Hawai‘i or being shipped to Hawai‘i must be shipped on vessels built in the United States that are wholly owned and crewed by United States citizens. And should a foreign flag ship attempt to unload foreign goods and merchandise in the Hawaiian Islands will have to forfeit its cargo to the to the U.S. Government, or an amount equal to the value of the merchandise or cost of transportation from the person transporting the merchandise.

As a result of the Jones Act there is no free trade in the Islands. 90% of Hawai‘i’s food is imported from the United States, which has created a dependency on outside food. The three major American carriers for Hawai‘i are Matson, Horizon Lines, and Pasha Hawai‘i Transport Services, as well as several low cost barge alternatives. Under the Jones Act, these American carriers travel 2,400 miles to ports on the west coast of the United States in order to reload goods and merchandise delivered from Pacific countries on foreign carriers, which would have otherwise come directly to Hawai‘i ports. The cost of fuel and the lack of competition drives up the cost of shipping and contributes to Hawai‘i’s high cost of living. Gas tax is $.47 per gallon as a result of the Jones Act because only American carriers can transport oil to Hawai‘i to be converted into gas. And according to the USDA Food Cost, Hawai‘i residents pay an extra $296 per month for food than families in the United States. 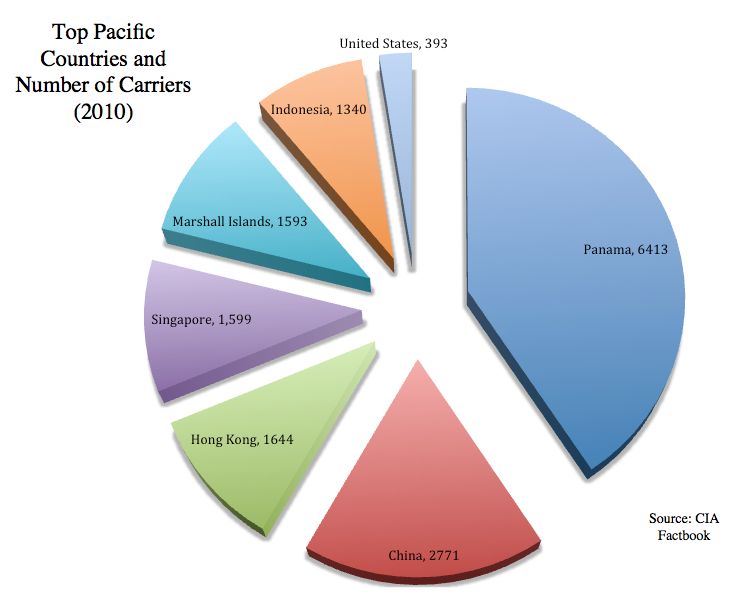 The Jones Act functions as a barrier to entry for low-cost foreign carriers that Hawai‘i merchants could utilize to trade food and merchandise from other countries throughout the Pacific. This also includes purchasing oil at a much cheaper rate for conversion to gas. Free trade would also increase jobs here in the islands, especially after converting Pearl Harbor Naval Base into a commercial port similar to Subic Bay Free Port Zone in the Philippines, which used to be the second largest United States Naval Base in the world. Subic Bay “continues to be one of the country’s major economic engines with more than 700 investment projects, including the 4th largest shipbuilding facility in the world.” The military housing would also be converted to civilian housing.

Under the laws of occupation, U.S. Federal taxes cannot be collected in a foreign territory. If the State of Hawai‘i taxes were converted to Hawaiian Kingdom taxes in order to maintain government services, the taxes to be paid would be $.17 cents on the dollar, which is $7,297.25 for an income of $42,925.00, a savings of $9,013.75. Illegally collecting taxes in a foreign territory is a war crime called “appropriation of property [money]” (Article 147, 1949 Geneva Convention, IV, Title 18 U.S.C. §2441) not justified under the laws of occupation. The International Criminal Court also prosecutes individuals for committing the war crime of “appropriation of property, not justified by military necessity and carried out unlawfully and wantonly.” Adding to this unlawful “appropriation of property [money]” is the collection of monies paid out by the Hawai‘i consumer as a direct result of the Jones Act.

The United States government is liable to compensate Hawai‘i’s residents, which includes foreign nationals, for these violations.