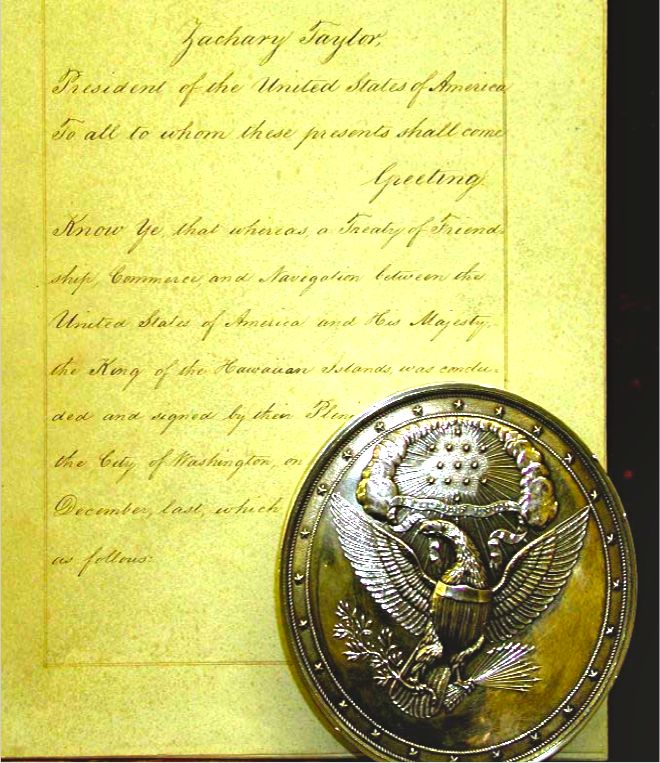 On December 20, 1849, the Treaty between the United States of America and the Hawaiian Kingdom was concluded and signed in Washington, D.C. Ratifications by both countries were exchanged in Honolulu on the Island of O‘ahu, on August 24, 1850. Article VIII of the treaty provides:

In addition, Article XVI of the said treaty provides that any:

“…citizen or subject of either party infringing the articles of this treaty shall be held responsible for the same, and the harmony and good correspondence between the two governments shall not be interrupted thereby, each party engaging in no way to protect the offender, or sanction such violation.”

1 thought on “United States of America—1849 Treaty of Friendship, Commerce and Navigation”