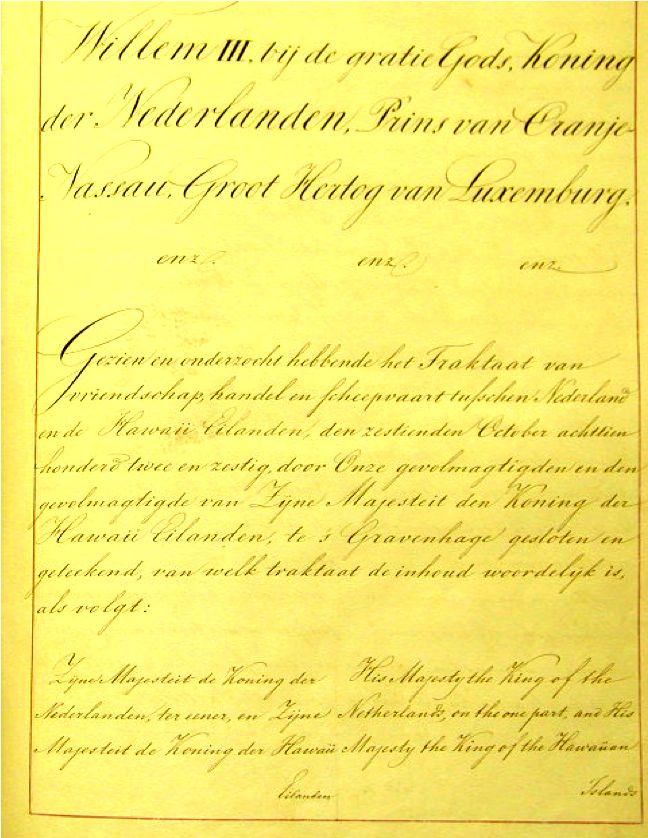 On October 16, 1862, a Treaty was signed between the Netherlands and the Hawaiian Kingdom in The Hague and thereafter ratified by both governments. The King of the Netherlands, William III, was also Grand Duke of Luxembourg. Article II of this treaty provides:

“the respective subjects of the two high contracting parties shall be perfectly and in all respects assimilated on their establishment and settlement, whether for a longer or shorter time in the States and Colonies of the other party on the terms granted to the subjects of the most favored nation in all which concerns the permission of sojourning, the exercise of legal professions, imposts, taxes, in a word, all the conditions relative to sojourn and establishment.”

Neither the Netherlands nor the Hawaiian Kingdom gave notice to the other of its intention to terminate this treaty in accordance with the terms of Article VI of the 1862 Treaty.  Therefore, this treaty is still in full force and continues to have legal effect to date. Former Dutch territories, which acquired their independence from the Netherlands, are successor States to, at the very least, Article II of the Hawaiian-Dutch Treaty with regard to the citizenry of the successor State that effectively replaced the citizenry of the predecessor State in the treaty. These successor States are: