OTTAWA, CANADA – On May 13, 2015, attorney Dexter Ka‘iama reported war crimes of unlawful confinement, deprivation of a fair trial, and destruction of public property to the Department of Justice’s Crimes against Humanity and War Crimes section and to the Royal Canadian Mounted Police (RCMP) National Division’s Sensitive and International Investigations on behalf of his client, Mr. Kaho‘okahi Kanuha. War crimes were alleged to have been committed by TMT International Observatory, LLC, (TMTIO), which has a Canadian partner, the Association of Canadian Universities for Research in Astronomy. Canada’s government also recently committed $250 million dollars for the construction of the thirty-meter telescope by TMTIO on Mauna Kea.

Ka‘iama requested Dr. Keanu Sai, a political scientist, to draft a War Crimes Report to accompany the complaint so Canadian authorities can understand the context of why war crimes are being committed in the Hawaiian Islands. The report affirmatively answers four fundamental questions that underlie Ka‘iama’s complaint: first, whether the Hawaiian Kingdom existed as an independent State and a subject of international law in the nineteenth century; second, whether the Hawaiian Kingdom continues to exist as an independent State and a subject of International Law, despite the illegal overthrow of its government by the United States on January 17, 1893; third, whether war crimes have been committed in violation of international humanitarian law; and, fourth, whether the Canadian Government is capable of investigating and prosecuting war crimes that occur outside of its territory. 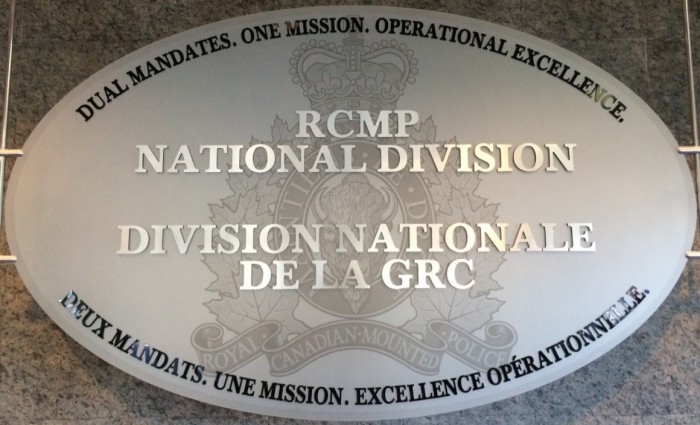 Due to a court appearance on Maui, Ka‘iama was unable to accompany Kanuha to meet with the Canadian authorities. In his stead, Dr. Sai, who is Ka‘iama’s law office’s expert consultant on these matters, accompanied Kanuha. In a letter to the Canadian authorities, Ka‘iama stated, “Dr. Sai is perhaps the foremost qualified expert to answer any questions you may have regarding the case as well as the circumstances of why the Hawaiian Islands are currently under an illegal and prolonged occupation by the United States since the Spanish-American War, 1898, being an international armed conflict as defined under common Article 2 of the 1949 Geneva Conventions.” 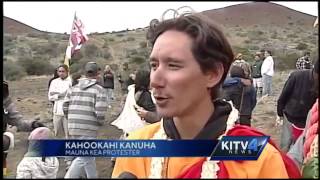 “We met with two Constables who were criminal investigators of the RCMP’s Sensitive and International Investigations unit at their headquarters,” said Kanuha. “They fully understood what we were saying about war crimes and they took it very seriously. At first they were puzzled because they assumed Hawai‘i was a part of the United States, but Dr. Sai was able to explain why and how we were occupied since the Spanish American War. Dr. Sai even lightened things up when he asked them if they ever saw the movie Matrix, and after they both said yes, he jokingly told them that they just took the red pill and now they know about Hawai‘i’s occupation. Dr. Sai even told the Constables that Keanu Reeves, a Canadian citizen who played Neo in the Matrix, was his cousin.”

The war crimes were reported in accordance with the Canadian Crimes Against Humanity and War Crimes Act (2000) and international humanitarian law. Ka‘iama stated, “I am filing this complaint, on behalf of my client, Mr. Chase Michael Kaho‘okahi Kanuha, a Hawaiian subject and protected person, for the war crime of deprivation of liberty when he, along with thirty other individuals, was unlawfully arrested and temporarily detained on April 2, 2015, in the taking of protective measures to prevent the war crime of destruction of public property during occupation to be carried out by TMT International Observatory, LLC, (TMTIO) upon the summit of Hawai‘i’s largest mountain Mauna a Wakea, also known as Mauna Kea. Additionally, my client is reporting the war crimes of destruction of public property during occupation committed in the building and erecting of the following thirteen observatories:

In the complaint, Ka‘iama invoked his client’s rights under the 1851 Hawaiian-British Treaty with the filing of this complaint. Article VIII provides, “The subjects of either of the contracting parties, in the territories of the other, shall receive and enjoy full and perfect protection for their persons and property, and shall have free and open access to the courts of justice in the said countries, respectively, for the prosecution and defense of their just rights; and they shall be at liberty to employ, in all causes, the advocates, attorneys or agents of whatever description, whom they may think proper; and they shall enjoy in this respect the same rights and privileges as native subjects.” The treaty, among other things, provides reciprocal rights to the subjects of the Hawaiian Kingdom and to the subjects of Her Majesty in all of her dominions, which includes Canada.

The treaty is perpetual and has no provisions for termination, except for termination of articles 4, 5, and 6 that apply to duties and trade. According to Dr. Sai, “the treaty continues to be binding on Her Britannic Majesty in right of Canada or any of its provinces.” In 1893, the Hawaiian Kingdom maintained a Legation in London, a Consul General in Toronto (Ontario), and Consulates in Montreal (Québec), Belleville (Ontario), Kingston (Ontario), Rimouski (Québec), St. Johns (Newfoundland and Labrador), Yarmouth (Nova Scotia), Victoria (British Columbia), and Vancouver (British Columbia).

After Ka‘ima stated, “In accordance with the principle that war crimes shall not be treated with impunity, and also pursuant to §702.1 of Canada’s Unit Guide (1990), which notes that the Geneva Conventions ‘impose an obligation on all nations which have ratified them to search for and try all persons who committed or ordered to be committed grave breaches of the Conventions,’” he requested “that an enquiry be instituted by the RCMP’s Sensitive and International Investigations concerning the alleged violations of the 1949 Geneva Convention, IV. And, if after careful review the violations have been established, I call upon the Canadian authorities to put an end to the violations and punish those responsible without any possible delay.”

Kanuha said, “This is not a conflict between culture and science, but rather on procedures that have not complied with international law and the law of occupation. If Hawai‘i is legally a part of the United States then there are no war crimes, but if Hawai‘i is not then we are forced to deal with the ramifications of this new reality and war crimes that have been committed on Mauna a Wakea. This has been a learning process for me and for many others as well. I never thought stopping the building of the thirty-meter telescope would be at the international level.”