When the United States Senate resumed its debate of senate bill no. 222 to provide a government for the Territory of Hawai‘i in 1900, there was an exchange between Senator William Allen of Nebraska and Senator John Spooner of Wisconsin that warrants special attention. Two years earlier, Senator Allen voted against the annexation of the Hawaiian Islands by congressional legislation.

He continued to clarify, that the “power of acquiring additional territory, rests exclusively in the President and the Senate, that it is an executive power which in its very nature can not be exercised by the House of Representatives, and that the only method of exercising it is by treaty and not by joint resolution or act of Congress; and the case of Texas, when rightly understood, forms no exception to this rule; therefore an attempt to annex or acquire territory by act or joint resolution of Congress is in violation of the letter, spirit, and policy of the Constitution (id.).” 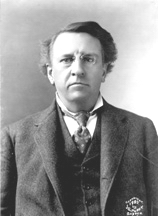 repudiate the power of Congress to annex the Hawaiian Islands by a joint resolution such as passed the Senate. It is ipso facto null and void (33 Cong. Rec. 2391).” If the annexation was null and void, then there would be no need to debate senate bill no. 222 that would establish an American government on Hawaiian territory. Senator Spooner response to Senator Allen was “that is a political question, not subject to review by the courts (id.).” He then reiterated, “The Hawaiian Islands were annexed to the United States by a joint resolution passed by Congress. I reassert…that that was a political question and it will never be reviewed by the Supreme Court or any other judicial tribunal (id.).”

What did Senator Spooner mean that “it will never be reviewed by the Supreme Court or any other judicial tribunal.” He was referring to the “political question” doctrine. William Howard Taft acknowledged that Senator Spooner was “a great constitutional lawyer,” which is why he knew precisely what the political question doctrine was when he said it. Under this doctrine that was in use by American courts at the time, to include the United States Supreme Court, political questions were considered by the courts as factual determinations made by the executive and legislative branches. As such, these determinations, even if they were considered by the courts as unconstitutional, would bind the courts to accept them as conclusive. What Senator Spooner meant was no matter how illegal the annexation was, the American courts will have to accept it because Congress did it.

As an example, the U.S. Supreme Court in Williams v. Suffolk Ins. Co., 38 U.S. (13 Pet.) 415, 420 (1839) treated as binding on the court the executive’s determination that a given country was in control of foreign territory “whether the executive be right or wrong.” According to Nelson “an important branch of [the political question] doctrine operated to identify factual questions on which courts would accept the political branches’ determinations as binding.” See Caleb Nelson, Adjudication in the Political Branches, 107 Colum. L. Rev. 559, 592-93 (2007). Under this doctrine courts at the time did not question whether it had jurisdiction to resolve a political question “but rather enforced and applied the political branches’ determinations.” See Tara Leigh Grove, The Lost History of the Political Question Doctrine, 90 N.Y.U. L. Rev. 1908, 1963 (Dec. 2015).

Senator Spooner’s statement is not only telling but malicious. The federal government knew that the illegal annexation of Hawai‘i would be locked within the American political system under the political question doctrine and never see the light of day. This shows an intent on the part of the United States government to conceal the fact that the annexation of Hawai‘i by a joint resolution, as Senator Allen stated, was “ipso facto null and void.” The political question doctrine, however, would later be revamped by the United States Supreme Court in Baker v. Carr, 369 U.S. 186 (1962) that would ironically unlock the door in exposing the prolonged occupation of Hawai‘i and the violations of international law.

Moving away from the courts accepting the factual determinations of the political branches as binding, the Supreme Court would now assert a revised doctrine where the courts would deny it has jurisdiction to address a political question because that decision has to be addressed by either of the two political branches—the executive or legislative, not the judicial branch. The issue would no longer be the acceptance of the factual determinations made by the executive or legislative branches, but whether or not the courts have jurisdiction to hear the case. It would now become a question of whether a case was justiciable or non-justiciable. In other words, under the traditional doctrine where the courts did not dismiss as non-justiciable but rather enforced the political branches determinations whether they were “right or wrong,” the courts under the modern doctrine would dismiss as non-justiciable because there exists a political question.

In 2008, the federal district court in Washington, D.C., dismissed a case concerning Taiwan as a political question under Rule 12(b)(1) in Lin v. United States, 539 F. Supp. 2d 173 (D.D.S. 2008). The federal court in its order stated that it “must accept as true all factual allegations contained in the complaint when reviewing a motion to dismiss pursuant to Rule 12(b)(1).” When this case went on appeal, the D.C. Appellate Court underlined the modern doctrine of the political question, “We do not disagree with Appellants’ assertion that we could resolve this case through treaty analysis and statutory construction; we merely decline to do so as this case presents a political question which strips us of jurisdiction to undertake that otherwise familiar task.” See Lin v. United States, 561 F.3d 506 (2009).

In 2018, federal judge Tanya S. Chutkan presided over Sai v. Trump—Petition for Writ of Mandamus, which sought an order from the federal court to compel President Trump to comply with the 1907 Hague Convention, IV, and the 1949 Geneva Convention, IV, by administering the laws of the Hawaiian Kingdom as an occupied State. The case was filed on June 25, 2018 with the United States District Court for the District of Columbia and assigned civil case no. 1:18-cv-01500.

The factual allegations of the complaint were stated in paragraphs 79 through 205 under the headings From a State of Peace to a State of War, The Duty of Neutrality by Third States, Obligation of the United States to Administer Hawaiian Kingdom laws, Denationalization through Americanization, The State of Hawai‘i is a Private Armed Force, The Restoration of the Hawaiian Kingdom Government, Recognition De Facto of the Restored Hawaiian Government, War Crimes: 1907 Hague Convention, IV, and War Crimes: 1949 Geneva Convention, IV.

On September 11, 2018, Judge Chutkan, on her own accord (sua sponte), issued an order dismissing the case as a political question. On the very same day the U.S. Attorney for the District of Columbia filed a “Motion for Extension of Time to Answer in light of the order dismissing this action,” but it was denied by minute order. Judge Chutkan stated, “Because Sai’s claims involve a political question, this court is without jurisdiction to review his claims and the court will therefore DISMISS the Petition.” By dismissing the complaint, the Court accepted “as true all factual allegations contained in the complaint.”

Under the traditional political question doctrine, the Federal Court would have accepted as true the annexation of Hawai‘i even though it wasn’t, but under the modern doctrine it accepted as true the “illegality” of the annexation as well as the violations of international law since the American invasion of the Hawaiian Kingdom on January 16, 1893.

For the first time since President Grover Cleveland, in his message to the Congress on December 18, 1893, presented the facts of the illegal overthrow of the Hawaiian Kingdom government, the United States government, through its federal court in Washington, D.C., accepted “as true” the facts of the prolonged occupation of the Hawaiian Kingdom and the commission of war crimes.

The proper venue for resolving the violations of international law is not with the executive or legislative branches of the United States government, but rather international bodies, which will include the International Commission of Inquiry in Incidents of War Crimes in the Hawaiian Islands—The Larsen Case (Hawaiian Kingdom – Lance Paul Larsen) under the jurisdiction of the Permanent Court of Arbitration. These proceedings stemmed from the Larsen v. Hawaiian Kingdom arbitration.

The United States has admitted to the violations of international law. Drawing from the Miranda warning, “Anything you say may be used against you in a court of law.”

14 thoughts on “U.S. Federal Court Acknowledges the Continuity of the Hawaiian Kingdom and U.S. Violations of International Law”