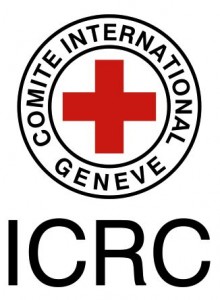 The International Committee of the Red Cross (ICRC) is a respected private organization comprised of Swiss citizens that intervenes, as a neutral party, in conflicts and occupations where international humanitarian law is being violated. Article 10 of the 1949 Geneva Convention, IV, Relative to the Protection of Civilian Persons in Time of War (Fourth Geneva Convention) acknowledges the ICRC’s right it may “undertake for the protection of civilian persons and for their relief.”

The ICRC plays an important role as a non-government organization because it is not confined or limited by the politics of governments. According to its mission statement, the ICRC “is an impartial, neutral and independent organization whose exclusively humanitarian mission is to protect the lives and dignity of victims of armed conflict and other situations of violence and to provide them with assistance.” This mission statement is drawn from Article 30 of the Fourth Geneva Convention, which provides “Protected persons shall have every facility for making application to the…International Committee of the Red Cross…as well as to any organization that might assist them.”

In 1958, the ICRC published a commentary of the Fourth Geneva Convention. The following commentary is made in reference to Article 47—Inviolability of Rights. Article 47 states, “Protected persons who in occupied territory shall not be deprived, in any case or in any manner whatsoever, of the benefits of the present Convention by any change introduced, as the result of the occupation of a territory, in to the institutions or government of the said territory, nor by any agreement concluded between the authorities of the occupied territories and the Occupying Power, nor by any annexation by the latter of the whole or part of the occupied territory.”

1.  General—The position of Article 47 at the beginning of the Section dealing with occupied territories underlines the cardinal importance of the safeguard it proclaims. During the Second World War whole populations were excluded from the application of the laws governing occupation and were thus denied the safeguards provided by those laws and left at the mercy of the Occupying Power. In order to avoid a repetition of this state of affairs, the authors of the [Fourth Geneva] Convention made a point of giving these rules an absolute character. They will be considered in the following pages in the order in which they occur in the Convention.

2.  Changes in the institutions or the government of the occupied territory—During the Second World War Occupying Powers intervened in the occupied countries on numerous occasions and in a great variety of ways, depending on the political aim pursued; examples are changes in constitutional forms or in the form of government, the establishment of new military or political organizations, the dissolution of the State, or the formation of new political entities.

International law prohibits such actions, which are based solely on the military strength of the Occupying Power and not on a sovereign decision by the occupied State. Of course the Occupying power usually tried to give some colour of legality and independence to the new organizations, which were formed in the majority of cases with the co-operation of certain elements among the population of the occupied country, but it was obvious that they were in fact always subservient to the will of the Occupying Power. Such practices were incompatible with the traditional concept of occupation (as defined in Article 43 of the Hague Regulations of 1907) according to which the occupying authority was to be considered as merely being a de facto administrator.

This provision of the Hague Regulations is not applicable only to the inhabitants of the occupied territory; it also protects the separate existence of the State, its institutions and its laws. This provision does not become in any way less valid because of the existence of the [Fourth Geneva] Convention, which merely amplifies it so far as the question of the protection of civilians is concerned.

Interference by the Protecting Power with the institutions or government of an occupied country has the effect of transforming the country’s structure and organizations more or less radically. Such a transformation may make the position of the inhabitants worse, and the present Article is intended to prevent from harming protected persons measures taken by the Occupying Power with a view to restoring and maintaining law and order. It does not expressly prohibit the Occupying Power from modifying the institutions or government of the occupied territory. Certain changes might conceivably be necessary and even an improvement; besides, the text is question is of an essentially humanitarian character; its object is to safeguard human beings and not to protect political institutions and government machinery of the States as such. The main point, according to the [Fourth Geneva] Convention, is that changes made in the international organization of the State must not lead to protected persons being deprived of the rights and safeguards provided for them. Consequently it must be possible for the Convention to be applied to them in its entirety, even if the Occupying Power has introduced changes in the institutions or government of the occupied territory.

3.  Agreement concluded between the authorities of the occupied territory and the Occupying Power—Agreements concluded with the authorities of the occupied territory represent a more subtle means by which the Occupying Power may try to free itself from the obligations incumbent on it under occupation law; the possibility of concluding such agreements is therefore strictly limited by Article 7, paragraph 1, and the general rule expressed there is reaffirmed by the present provision. It may thus be regarded as a provision applying the safeguards embodied in Article 7, which are valid for the whole [Fourth Geneva] Convention; reference should therefore be made to the comments on that Article.

It should be noted, however, that the Diplomatic Conference wished to reaffirm that general rule by re-stating it at the beginning of the chapter dealing with occupied territory for a particular reason; because there is in this case a particularly great danger of the Occupying Power forcing the Power whose territory is occupied to conclude agreements prejudicial to protected persons. Cases have in fact occurred where the authorities of an occupied territory have, under pressure from the Occupying Power, refused to accept supervision by a Protecting Power, banned the activities of humanitarian organizations and tolerated the forcible enlistment or deportation of protected persons by the occupying authorities. Such stipulations are in flagrant contradiction with Articles 9, 39 and 51 of the [Fourth Geneva] Convention and are consequently strictly forbidden.

Lastly it will be noted that the same clause applies both to cases where the lawful authorities in the occupied territory have concluded a derogatory agreement with the Occupying Power and to cases where that Power has installed and maintained a government in power.

4.  Annexation—The occupation of territory in wartime is essentially a temporary, de facto situation, which deprives the occupied Power of neither its statehood nor its sovereignty; it merely interferes with its power to exercise its rights. That is what distinguishes occupation from annexation, whereby the Occupying Power acquires all or part of the occupied territory and incorporates it in its own territory.

Consequently occupation as a result of war, while representing actual possession to all appearances, cannot imply any right whatsoever to dispose of territory. As long as hostilities continue the Occupying Power cannot therefore annex the occupied territory, even if it occupied the whole of the territory concerned. A decision on that point can only be reached in the peace treaty. That is a universally recognized rule which is endorsed by jurists and confirmed by numerous rulings of international and national courts.

And yet the Second World War provides us with several examples of “anticipated annexation,” as a result of unilateral action on the part of the victor to dispose of territory he had occupied. The population of such territories, which often covered a wide area, did not enjoy the benefit of the rules governing occupation, were without the rights and safeguards to which they were legitimately entitled, and were thus subjected to whatever laws or regulations the annexing State wished to promulgate.

Aware of the extremely dangerous nature of such proceedings, which leave the way open to arbitrary actions and decisions, the Diplomatic Conference felt it necessary to stipulate that actions of this nature would have no effect on the rights of protected persons, who would, in spite of them, continue to be entitled to the benefits conferred by the Convention.

It will be well to note that the reference to annexation in this Article cannot be considered as implying recognition of this manner of acquiring sovereignty. The preliminary work on the subject confirms this. In order to bring out more clearly the unlawful character of annexation in wartime, the government experts of 1947 proposed adding the adjective “alleged” before the word “annexation.” Several delegates at the Diplomatic Conference, concerned about the same point, went as far as to propose cutting out the reference to a hypothetical annexation in this Article. The Conference eventually decided to keep it because they considered that these fears were unfounded and also felt that it was wiser to mention such a situation in the text of the Article, in order to be better armed to meet it.

A fundamental principle emerges from the foregoing considerations; an Occupying Power continues to be bound to apply the Convention as a whole even when, in disregard of the rules of international law, it claims during a conflict to have annexed all or part of an occupied territory.