The evidence debunking the fairy tale of Hawaii as the 50th State is conclusive but the news media ignores this. 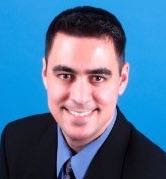 As a contributor who previously published this article in Civil Beat, Keokani Marciel has allowed this piece to be posted on this blog. He is a lifelong aloha ʻāina (Hawaiian patriot) and kanaka ʻōiwi (aboriginal Hawaiian) who holds a B.S. in Nutrition Science from the University of California at Davis, and an M.S. in Exercise Science from California University of Pennsylvania. In 2008, Keokani made a career change to mathematics education, and is currently studying to pass his second actuarial exam. With his background, he brings a quantitative and scientific emphasis to the discussion regarding the legal status of Hawaiʻi as an occupied nation-state. He has created the following link which lists the data and references used in this article goo.gl/d6Ra2B.

The largest newspaper in the occupied Hawaiian Kingdom marked the kickoff for the TMT blockade on March 26th with an online poll asking whether or not readers support the intervention. The final score at the end of this 24-hour poll was 53% in favor of the blockade and 47% against it. More than 4,600 votes were gathered by this self-selected survey. Although not a scientific poll, the sample size is significantly larger than average for this daily feature of the newspaper.

The arrest of 31 subjects and supporters of the Hawaiian Kingdom on April 2nd triggered international media attention. In the United States, most news organizations circulated the two reports from the Associated Press, both of which made sure to ommit the legal status of the Hawaiian Islands as a nation-state which remains under prolonged, illegal occupation since August 12, 1898. Consequently, most Americans remain under the mistaken impression that Hawaiʻi is annexed, as influenced by the systematic pasttime of Occupation denial and distortion uniformly practiced by corporate news media in the U.S. This phenomenon represents a deliberate refusal to look at the raw data regarding Hawaiian sovereignty, which has become common knowledge in the Occupied Kingdom.

Throughout its history, the United States has entered into a total of 9 treaties of cession over a period of 168 years (1783-1951). The first 6 of these 9 treaties annexed the territories from which all 49 states and Washington D.C. were admitted to the American Union, known as the United States, during the first 84 years of its history (1783-1867). The consistent adherence to this procedure by the U.S. represents customary international law. Furthermore, the two failed attempts to pass a treaty of cession in the U.S. Senate, in 1893 and 1897, clearly demonstrates the intent by the U.S. to maintain compliance with this international custom.

Hence, the joint resolution passed by U.S. Congress in 1898, used as a measure to seize Hawaiʻi during the Spanish-American War, was in violation of this self-evident pattern of customary international law. Consequently, Hawaiʻi came under U.S. occupation and not annexation. According to the laws of occupation, the U.S. was required to end its occupation of Hawaiʻi at the end of the Spanish-American War. Instead, the U.S. Occupation of Hawaiʻi, prolonged to the present day, is illegal. Additionally, it is the longest military occupation in modern history, which means there is no historical precedent to suggest that it is not near or passed its expiration date.

The feigned annexation of Hawaiʻi by joint resolution in 1898 was not the end of U.S. adherence to the customary international law of territorial annexation through bilateral treaty of cession. Merely 5 months after unilaterally seizing Hawaiʻi, the U.S. picked up where it left of by annexing Guam, Phillipines, and Puerto Rico through the 1898 Treaty of Paris. This was the 7th treaty of cession that the U.S. entered across a total of 115 years up to this point. The pattern continued such that the U.S. acquired a total of 6 territories by entering into 3 treaties of cession over a period of 61 years (1898-1951), following its seizure of Hawaiʻi by joint resolution.

American Sāmoa is the only other territory ever acquired by the U.S. through a joint resolution of U.S. Congress instead of a treaty of a cession ratified by at least two-thirds of the U.S. Senate. However, not for the same reason as Hawaiʻi. The Indian Appropriation Act of 1871 marked the end of treaties being entered into by the United States with Native American tribes. Furthermore, the Island of Palmas arbitration in 1925 established a legal precedent that a State can only enter into a treaty with another State, and not with a non-State tribal group. Since the territorial cessions of American Sāmoa to the United States, in 1900 and 1904, were by chiefs rather than States, this prevented the United States from using the treaty process reserved for the U.S. Senate. Consequently, a joint resolution of U.S. Congress was used to ratify these bilateral territorial cessions.

What makes Hawaiʻi different is that the U.S. Congress entered a joint resolution with a puppet government that it had installed in 1893, which did not have the consent of the people governed. Therefore, it was a unilateral seizure of territory by joint resolution, whereas the joint resolution annexing American Sāmoa was not due to an inability to obtain two-thirds approval of the U.S. Senate. In other words, American Sāmoa is legitimately annexed to the United States, albeit a non-self-governing territory according to the United Nations. This further isolates Hawaiʻi as the single historical anomaly of customary international law, unprecedented by comparison to the 57 states and territories legitimately ceded to the United States throughout its history.

If one looks objectively at the raw data shown above, customary international law regarding territorial annexation by the United States becomes self-evident, and it logically follows that Hawaiʻi is occupied. However, alleged annexation of Hawaiʻi by congressional joint resolution is also in violation of the U.S. Constitution, which does not enumerate territorial annexation as a power of U.S. Congress. Instead, U.S. Congress only has the power to admit states from territory annexed by way of treaty, which in turn requires ratification by a supermajority of the U.S. Senate. Consequently, the Newlands Resolution of 1898, the Organic Act of 1900, and the Statehood Admission Act of 1959, are domestic laws that are constitutionally restricted to the borders of the entire 49 United States. Since occupation and annexation are mutually exclusive, Hawaiʻi is not inside of the United States. By analogy, hijacking an airplane does not transfer ownership title to the hijacker.

The evidence debunking the fairy tale of Hawaiʻi as the “50th State” is so conclusive that it is logically only a matter of time before the paradigm shift completes its natural course. Furthermore, the cognitive dissonance that this involves is being accelerated on an unprecedented scale by the TMT standoff on Mauna Kea. Therefore, how much longer can the world continue looking the other way and pretend that Hawaiʻi is annexed—rather than occupied—by the United States? How much longer can the corporate news media—especially in the United States—continue this cover-up by omission?