This past April, the National Education Association (NEA), being the largest labor union in the United States comprised of public school teachers, administrators, and faculty and administrators of universities, published an article on its website titled “The Illegal Overthrow of the Hawaiian Kingdom Government.” 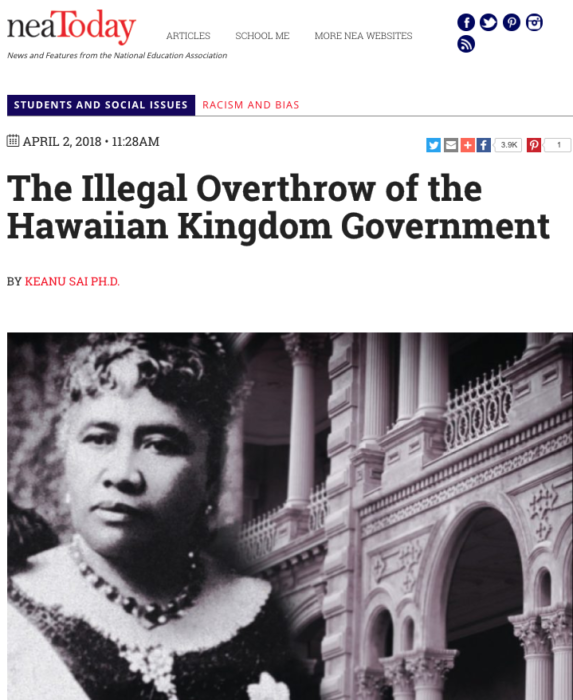 The article is a departure from the common belief that Hawai‘i is the 50th State of the American Union. Instead, Hawai‘i is an independent State that has been under an illegal and prolonged occupation by the United States since January 17, 1893.

The significance of this article is that the NEA has taken a position based on historical facts and not political leanings. The article will be referenced by teachers across the United States that explains to their students the lawful status of the Hawaiian Kingdom under international law.

The resolution was introduced by the delegates of the Hawai‘i State Teachers Association, which is an affiliate labor union of the NEA, and it passed on July 4, 2017. The resolution was referred to as New Business Item 137, which stated:

The NEA will publish an article that documents the illegal overthrow of the Hawaiian Monarchy in 1893, the prolonged occupation of the United States in the Hawaiian Kingdom and the harmful effects that this occupation has had on the Hawaiian people and resources of the land.