The following article was written by Allen Kale‘iolani Hoe, attorney-at-law, and was first published in the Polynesian newspaper in December 2000. Hoe was an invited “observer” to oral hearings in Larsen vs. Hawaiian Kingdom at the Permanent Court of Arbitration, The Hague, on December 7, 8 and 11, 2000. 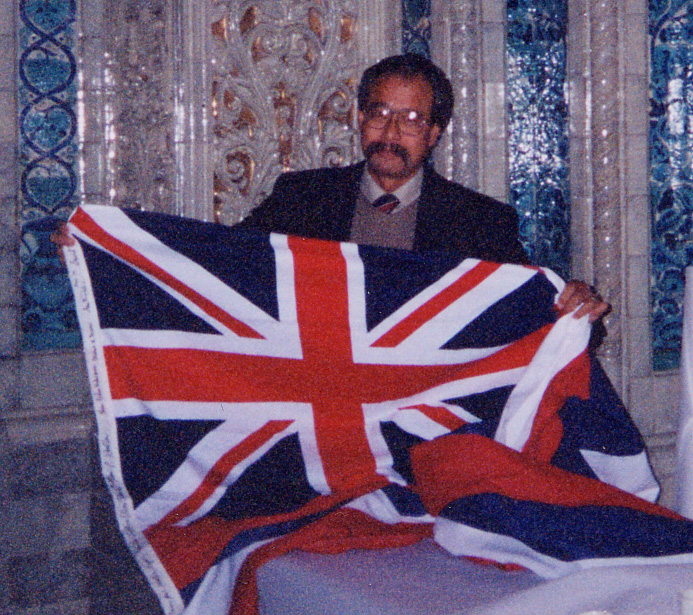 The words, “In the Permanent Court of Arbitration, Case No. 99001,” spoken by the Clerk of the Court in the opening moments of the case, Lance Paul Larsen vs. The Hawaiian Kingdom, literally took my breath away. It was a moment to be cherished and remembered by every Hawaiian, whether kanaka maoli or a descendant of Hawaiian subjects.

Personally, this moment had evolved quickly after receiving the joint invitation by the Parties to attend the proceedings as an Observer. Within a couple of weeks of receiving the invitation I found myself half way around the world entering what has been appropriately described as “the grand edifice of Civilization.”

In 20 plus years as a united states educated attorney, including service as a district court judge, I have participated in numerous legal proceedings. However, being at the Peace Palace that day reawakened my belief that there is a path which Hawaiians may follow. This path is not encumbered by a century of lies and apologetic rhetoric by united states politicians who have denied us our rights to sit as equals within the international community of Nation States.

Crossing 10 time zones on a 15 hour flight provided me with an opportunity to review the voluminous legal briefs which the parties had submitted to the Court. Like most observers I had taken an interest in the development of this case from the bits and pieces of information provided through my following of Lance Larsen’s case within the Hawaii courts as well as KCCN 1420 a.m.’s informative program “Perspective.”

The depth of the historical and legal principles applicable in international law was never fully appreciated by me until I had this opportunity to carefully review and consider the issues framed by this case. I was awe struck by the manner in which the Parties had crafted this case for presentation to the Court. The memorials filed by the Hawaiian Kingdom demonstrate clearly its entitlement to participate in this process under international law.

Perhaps for too long now we have just accepted the propaganda that our american destiny is fait complie. We have been smothered by the dreams and desires of non Hawaiians to become americans that we have allowed ourselves to accept the united states government’s official policy to deny that the Hawaiian Kingdom government existed or continues to this date under the well established principles of International Law.

The fact that the Hawaiian Kingdom was transformed from an “autocracy” to a constitutional monarchical form of government by Kamehameha III, which was acknowledged by Britain and France in the Anglo-Franco Proclamation of 1843 is another of the binding historical and legal principles which has been pushed on the side in favor of the american dream; to the great disadvantage of all Hawaiians.

This case represents the first clear opportunity to expose to the International Community this dirty little secret which the united states has tried to keep hidden within in its dark closet of “judge me by my words not my deeds.” For more than a century we have been forced to acknowledge the criminal acts of Dole, Thurston and Stevens along with the unlawful conduct of american presidents and politicians against Hawaiians as american heroics.

The enormity of this case really struck me towards the end of the first day of the proceedings. All those privileged to attend clearly recognized that fact. For me, this moment should not be allowed to pass without some recognition in honor of our kupuna who as members of the Men and Women’s Hawaiian Patriotic League began this struggle a century ago in their written declarations objecting to the illegal acts of the united states of america.

Hae Hawai‘i (the national flag) is for me, and perhaps for many others the most important symbol of who we are as a Nation. Although the united states and the state of hawaii has attempted to subvert its position, it is our flag that once proudly flew over Hawaiian Kingdom Consulates through out the world. We could not leave Den Haag (“The Hague” in Dutch) without sharing this moment with our kupuna through the raising of Hae Hawai‘i over this city which represents the hopes and dreams of all true Hawaiians.

What to do, perhaps the silver lining in the cloud of being a day away from Hawai‘i was that as the day was ending at the Peace Palace it was just beginning in Honolulu. Thus, I immediately placed a call to my secretary with the task of acquiring a large Hawaiian flag and finding the fastest and safest way to get it to Den Haag. The precious package left Honolulu via Fedex on the afternoon of December 7, and after stops in Oakland, California and clearing US Customs in Memphis, Tennessee it arrived in Paris, France at Midnight, December 10th and was delivered to me on the morning of the 11th, which ironically was to be the last day of the proceedings which had originally scheduled to conclude on December 12.

The role of the Hawaiian Patriotic League in pursuit of justice over all these years I felt needed to be recognized and honored. The Hui Kalai‘aina (a Hawaiian Political Party) is another Hawaiian Organization which played an important role in the Hawaiian Kingdom Government. In 1996 numerous other Hawaiians along with myself revived and reconstituted the Hui Kalai‘aina as a Hawaiian political party to promote greater awareness and education on historic and contemporary Hawaiian political issues. As a Director of Hui Kalai‘aina this ho‘okupu of Hae Hawai‘i to the Hawaiian Patriotic League in honor of the Hawaiian Kingdom was a small gesture of all our aloha for their dedication and sacrifice in our behalf for Justice for all Hawaiians.

With that purpose in mind I asked all those in attendance from Hawaii to please sign their names along the border of Hae Hawai‘i. With signatures secured I presented it to the Acting Council of Regency, His Excellency, Agent David Keanu Sai, Acting Minister of Interior along with the best wishes of all those privileged to attend and to sign. One request was made that the Council secure the appropriate place to raise it over the host city of Den Haag as a symbol of its right to reclaim its place within the international community of Nation States. 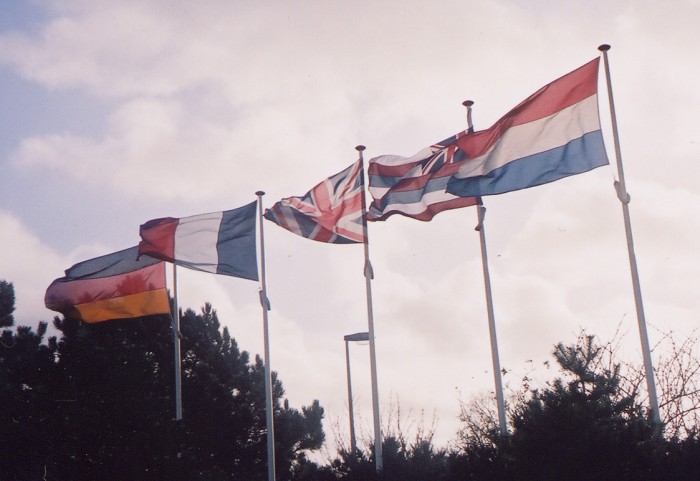 Thus, with great pride I was a witness to the lowering of the united states flag and the raising of Hae Hawai‘i to its rightful place next to the flags of Britain, France and the Netherlands. This took place across from the Peace Palace along the Scheveningseweg in Den Haag. My dream now is to witness this again in my country in my lifetime. Pau.

10 thoughts on “Larsen vs. Hawaiian Kingdom – Bearing Witness to an Historical Event”