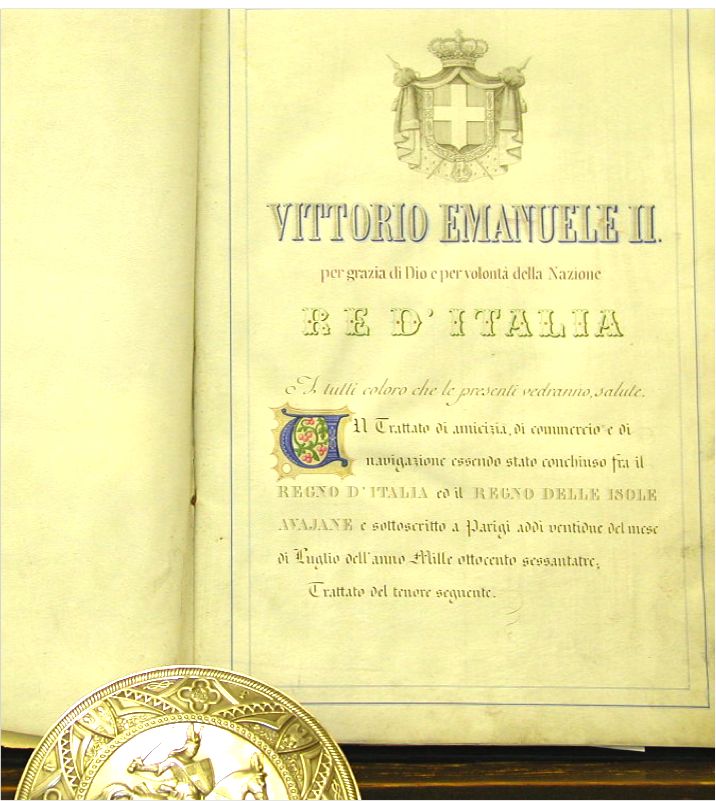 On July 22, 1863, a Treaty was signed between Italy and the Hawaiian Kingdom in Paris and thereafter ratified by both governments. Article IV of this treaty provides:

Neither Italy nor the Hawaiian Kingdom gave notice to the other of its intention to terminate this treaty in accordance with the terms of Article XXVII of the 1863 Treaty.  Therefore, this treaty is still in full force and continues to have legal effect to date. Former Italian territories, which acquired their independence from Italy, are successor States to, at the very least, Article IV of the Hawaiian-Italian Treaty with regard to the citizenry of the successor State that effectively replaced the citizenry of the predecessor State in the treaty. The successor State is: