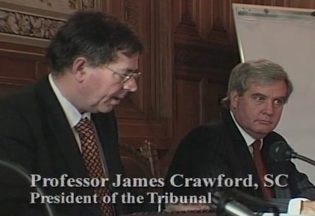 The tribunal concluded in its arbitral award that in order for Lance Larsen to maintain his suit against the acting Government, which he alleged was “in continual violation of its 1849 Treaty of Friendship, Commerce and Navigation with the United States of America, and in violation of the principles of international laid down in the Vienna Convention on the Law of Treaties, 1969, by allowing the unlawful imposition of American municipal laws over claimant’s person within the territorial jurisdiction of the Hawaiian Kingdom,” he needed the participation of the United States as an indispensable third party because it was the United States that allegedly violated his rights and not the Hawaiian Kingdom. His claim was that the Hawaiian Kingdom was negligent for allowing the imposition of American laws in the Kingdom in violation of the treaties.

Other international arbitration cases held at the PCA that was similar to the Hawaiian arbitration, being a dispute between a private entity and a State, include, Hulley Enterprises Limited vs. The Russian Federation (2005), Romak S.A. vs. The Republic of Uzbekistan (2006), and TCW, Inc. and Dominican Energy Holdings, L.P. vs. The Dominican Republic (2008). 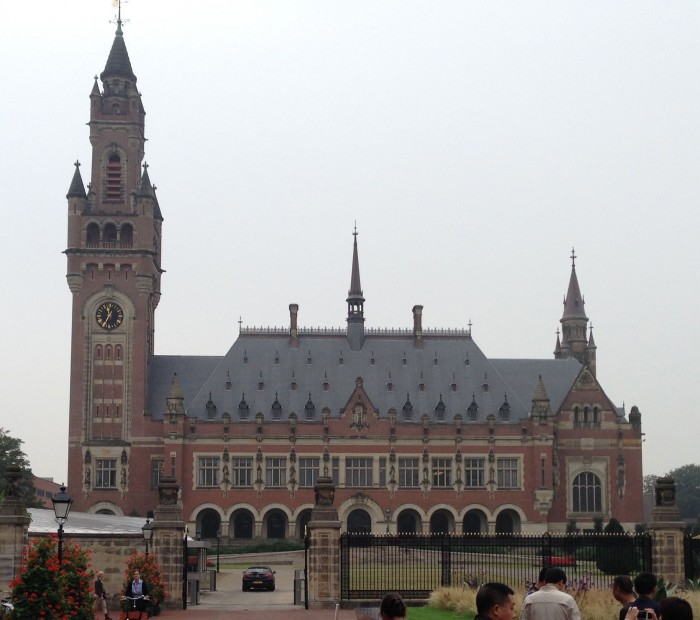 The PCA is only open to disputes involving international law, which is the reason why a dispute between private parties cannot access the international court. The United Nations Charter created the International Court of Justice (ICJ) in 1945 and it is housed in the Peace Palace together with the PCA. Unlike the PCA, the ICJ limits its access to disputes between States and not disputes between a private entity and the State.

The PCA was established in 1899 when States from around the world met in The Hague, Netherlands, in order to codify the laws and customs of war, which was already accepted as customary international law. It’s first treaty—Hague Convention, I, established a permanent court of arbitration to be housed at The Hague. “With the object of facilitating an immediate recourse to arbitration for international differences, which it has not been possible to settle by diplomacy, the Signatory Powers undertake to organize a permanent Court of Arbitration (Article 20).”