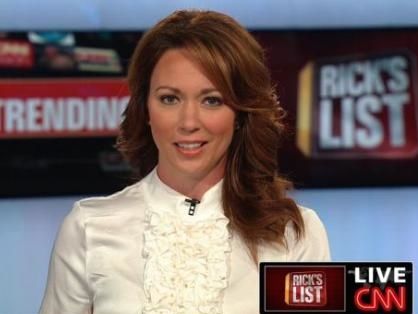 Today on CNN’s coverage of the “Crisis in Ukraine” at 3:31pm (Eastern Time), news anchor Brooke Baldwin made a very interesting comment. Baldwin stated, “Ukrainian officials believe 30,000 Russian troops are now there in that small peninsula about the size of Hawai‘i.” This is a very interesting comparison by CNN to make reference to Hawai‘i with the Crimean conflict, especially when it would appear that CNN has no knowledge, or do they, of Hawai‘i’s direct link to Crimea regarding Hawaiian neutrality and the correlation between the argument of Russian intervention and United States intervention in the Hawaiian Kingdom. CNN also reported that Russia warns U.S. that threatened sanctions will “boomerang.”

What is at the center of the Ukrainian crisis is “intervention,” and whether or not international law has been violated. The United States says yes, but Russia says no. The international law on intervention is clearly prohibitive, but there are exceptions according to Oppenheim, International Law, vol. 1, (7th ed. 1948), p. 274. The two exceptions that appear to be in line with the Crimean conflict are, first, where restrictions on a treaty are not being complied with, and, second, the rights of citizens of the intervening State are being threatened.

The treaty that the United States consistently makes reference to as to why Russian actions in the Crimea is a violation of international law is the 1997 Friendship Treaty between Ukraine and Russia. At the ceremonies in Kiev, Russian President Boris Yeltsin, declared, “We respect and honor the territorial integrity of Ukraine.” A State’s territorial integrity, however, is protected by international law and not just by a treaty. International law provides that “the territorial integrity and political independence of the State are inviolable.” This treaty does not appear to be President Vladimir Putin’s justification for Russian action in the Crimea. Instead, Putin appears to refer to the treaty that centers on the Russian Naval Base at Sevastopol.

In the aftermath of the breakup of the Soviet Union, Russia negotiated the fate of its military bases that were located outside of Russian territory. Russia’s Naval Base at Sevastopol in Crimea dates back to 1783 when the Russian Prince Grigory Potemkin founded the port city. In 1997, Russia and Ukraine signed a Partition Treaty whereby Russia would maintain its naval base after purchasing 81.7% of Ukraine’s naval ships for $526.5 million dollars as reported by RT News. This treaty was ratified in 1999 by both governments. The treaty allows the Russian Black Sea Fleet to remain in Crimea until 2042. Russia claims that the new government in Kiev is not legitimate and its anti-Russian rhetoric a threat to its Naval Base at Sevastopol and the maintenance of the 1997 Partition Treaty. According to international law, this would be a justification for intervention and it would appear that Putin is correct in that Russia is complying with international law.

At this stage, Russia has not deployed its troops into Ukraine even though the Russian Parliament authorized Putin the authority to do so. What has taken place in Crimea is not an invasion, but rather actions taken by Russian troops that were already stationed in Crimea at its Naval Base in Sevastopol. The 1997 Partition Treaty allows for 25,000 Russian troops, 24 artillery systems with a caliber smaller than 100 mm, 132 armored vehicles, and 22 military planes on Crimean territory. It appears that Russia has used its military force in Crimea to ensure that its Naval Base will not be seized. Although, these troops did not have any Russian insignia in order to identify a chain of command, they are Russian citizens who wore military garb. Putin has stated that, “Russian forces in Crimea are only acting to protect Russian military assets. It is ‘citizens’ defense groups,’ not Russian forces, who have seized infrastructure and military facilities in Crimea.” If Putin ordered the Russian Forces in Crimea to seize Ukrainian infrastructure and military facilities, it would be intervention, but by stating they are citizens defense groups, it is a clever way to sidestep intervention. But intervention would be justified if Russia feels that its 1997 Partition Treaty is being threatened, which would allow Russia to preemptively neutralize Ukrainian military posts in Crimea before they can attack the naval base.

As reported by Aljazeera, “Unhappy with the outcome of the protests in the capital and alarmed at the rise of Ukrainian nationalist groups in Kiev, many ethnic Russians in Crimea, who make up almost 60 percent of the population here, have been protesting and calling for Russia to come to their aid—with some even going as far as demanding their neighbor immediately absorb the territory.” International law does not allow for citizens to have the authority to call for intervention, but the intervening State may feel it has a duty to intervene and will unilaterally do so. It is, however, a point of contention as to the extent of the threat to ethnic Russians, or if there is any threat at all to warrant Russian intervention.

What is lacking in the Crimean conflict is an impartial investigation into the crisis where legally relevant facts could be gathered and conclusions made in accordance with international law. For the Hawaiian crisis in 1893, President Benjamin Harrison refused to do an investigation that was called for by Queen Lili‘uokalani, because he was intent on annexing the Hawaiian Kingdom for military purposes. It was his successor in office, Grover Cleveland, that did the investigation in accordance with international law. In his message to Congress, Cleveland stated, 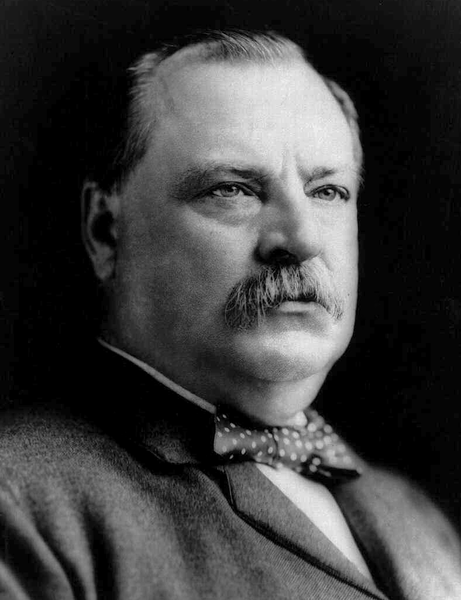 “The law of nations is founded upon reason and justice, and the rules of conduct governing individual relations between citizens or subjects of a civilized state are equally applicable as between enlightened nations. The considerations that international law is without a court for its enforcement, and that obedience to its commands practically depends upon good faith, instead of upon the mandate of a superior tribunal, only give additional sanction to the law itself and brand any deliberate infraction of it not merely as a wrong but as a disgrace. A man of true honor protects the unwritten word which binds his conscience more scrupulously, if possible, than he does the bond a breach of which subjects him to legal liabilities; and the United States in aiming to maintain itself as one of the most enlightened of nations would do its citizens gross injustice if it applied to its international relations any other than a high standard of honor and morality. On that ground the United States can not properly be put in the position of countenancing a wrong after its commission any more than in that of consenting to it in advance. On that ground it can not allow itself to refuse to redress an injury inflicted through an abuse of power by officers clothed with its authority and wearing its uniform; and on the same ground, if a feeble but friendly state is in danger of being robbed of its independence and its sovereignty by a misuse of the name and power of the United States, the United States can not fail to vindicate its honor and its sense of justice by an earnest effort to make all possible reparation.”

“These principles apply to the present case with irresistible force when the special conditions of the Queen’s surrender of her sovereignty are recalled. She surrendered not to the provisional government, but to the United States. She surrendered not absolutely and permanently, but temporarily and conditionally until such time as the facts could be considered by the United States. Furthermore, the provisional government acquiesced in her surrender in that manner and on those terms, not only by tacit consent, but through the positive acts of some members of that government who urged her peaceable submission, not merely to avoid bloodshed, but because she could place implicit reliance upon the justice of the United States, and that the whole subject would be finally considered at Washington.”

According to international law there is a recognized legal maxim, ex injuria jus non oritur, whereby a State cannot claim valid legal results from an illegal act committed against another State. The International Court of Justice, in its Advisory Opinion on Namibia (June 21, 1971), explained, “the principle ex injuria jus non oritur dictates that acts which are contrary to international law cannot become a source of legal acts for the wrongdoer… To grant recognition to illegal acts or situation will tend to perpetuate it and be benefitial to the state which has acted illegally.”

10 thoughts on “Hawai‘i and the Crimean Conflict”