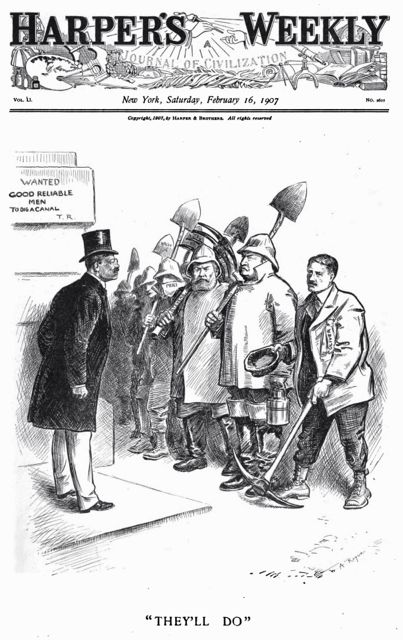 In 1907, a reporter from New York’s Harper’s Weekly magazine was in the Hawaiian Islands doing a story on the Territorial government’s “Programme for Patriotic Exercises in the Public Schools” taking place since 1906. His article was titled “Hawaii’s Lesson to Headstrong California: How the Island territory has solved the problem of dealing with its four thousand Japanese Public-School children.” The schools covered in the article are Queen Ka‘ahumanu Elementary School, Princess Victoria Ka‘iulani Elementary School, and Honolulu High School, which was renamed later to President William McKinley High School. All three schools remain in existence today.

NOTE: In the text under this photo, Harper’s Weekly specifically used the word “inculcate” in the sentence, “The drill is constantly held as a means of inculcating patriotism in the hearts of the children.” By definition, inculcate is to instill an idea, attitude, or habit by persistent instruction. And indoctrination, by definition, is the process of inculcating ideas and attitudes.