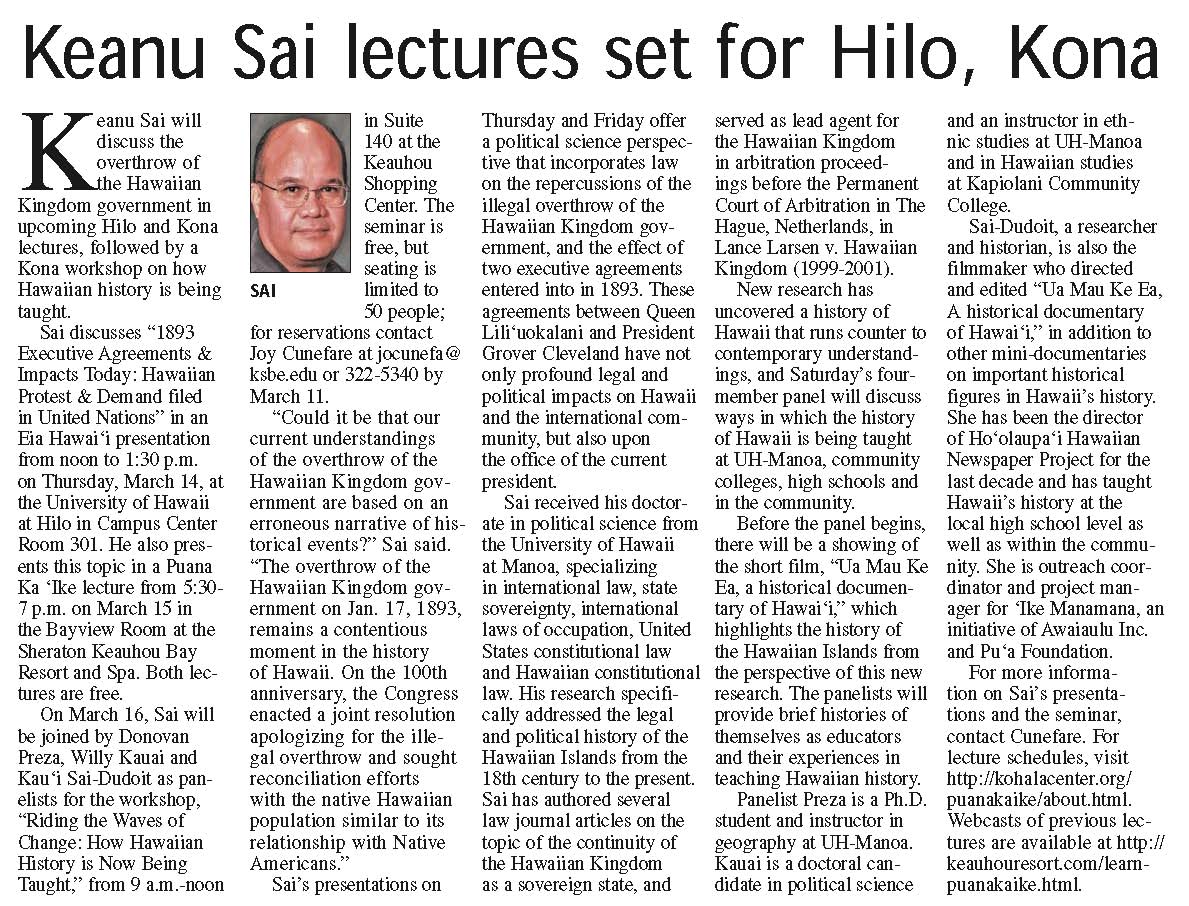 For more information on Sai’s presentations and the seminar, contact Cunefare. For lecture schedules, visit http://kohalacenter.org/puanakaike/about.html. Webcasts of previous lecture are available at http://www.keauhouresort.com/learn-puanakaike.html.

11 thoughts on “Dr. Keanu Sai Lectures at the University of Hawai‘i at Hilo and at the Keauhou Sheraton Hotel in Kona”