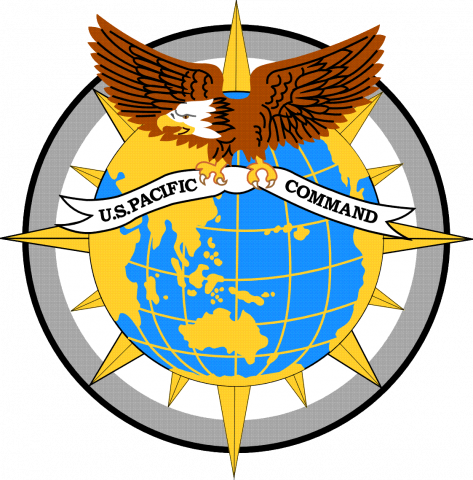 On January 17, 2013 a hearing was held in a foreclosure case, Bank of Hawai‘i v. Keli‘iho‘omalu, in the Circuit Court of Second Circuit in Wailuku, Island of Maui. The Keli‘iho‘omalus filed a motion to dismiss on the grounds that the court does not legally exist and if the case was not dismissed the actions taken by the Court and the Plaintiff would constitute war crimes and they will be reported to the United Nations Human Rights Commission in Geneva, Switzerland.

In their motion, the Keli‘iho‘omalus provided clear evidence of an illegal occupation by the United States and that without a treaty of annexation, the State of Hawai‘i government and its courts are illegal. The Keli‘iho‘malus argued, “This Court cannot claim the Circuit Court of the Second Circuit has subject matter jurisdiction in light of the evidence to the contrary, and if this court disregards the evidence it will be in direct violation of Article 147 of the 1949 Geneva Convention, IV, by willfully depriving the Defendants a fair and regular trial, which is a grave breach and a war crime.”

The complaints were filed by Kaiama with the U.S. Pacific Command and the Office of the United Nations High Commissioner for Human Rights in Geneva, Switzerland, and alleged these judges deprived his clients of their right to a fair and regular trial during occupation, being a war crime under the 1949 Geneva Convention, IV. The basis of the complaints were the 1893 Lili`uokalani assignment and the Restoration Agreement, being international compacts, the 1907 Hague Convention, IV, and the 1949 Geneva Convention, IV, and U.S. Army Field Manual 27-10.

According to the declaration, Pa initiated the inquiry in September 2012 as part of his “duty to identify potentially serious law enforcement and government problems” after obtaining “copies of war crime complaints from the Law Office of Dexter K. Kaiama.” He stated he began the inquiry to see how he would be affected as a police officer and “if it would pose potential problems for law enforcement and government officials.”

At 10:30 p.m., November 6, 2012, Pa called the “Office of the United Nations High Commissioner for Human Rights, Human Rights Council Branch-Complaint Procedure Unit, United Nations Office at Geneva” and that a spokesperson confirmed they are in receipt of the complaints but could not provide any more assistance. Pa stated the spokesperson recommended that he “contact U.S. departments that deal with war crime complaints.”

On November 8, 2012, at 9:30 a.m., Pa called the headquarters of the U.S. Pacific Command at Camp Smith, Island of O‘ahu, and spoke with Ronald Winfrey, Principal Deputy Staff Judge Advocate. Pa informed Winfrey of his concerns and how these complaints could affect his duties as a police officer. When asked about the complaints from Kaiama, Winfrey stated “he knows those complaints because out of all the complaints he has read those are the most precise and clear.”

Pa stated that as he “began discussing the basis of the complaints such as no treaty of annexation, Mr. Winfrey candidly and without hesitation said, ‘Oh yes, there is no treaty.’” According to Pa, Winfrey attempted to ease Pa’s concerns about the implications of war crimes by stating that U.S. Courts will not hear these cases because they would be dismissed for lack of jurisdiction. Pa then asked Winfrey to respond to his questions.

Pa informed Winfrey that as a police officer he swore “an oath to uphold the laws and constitution of the United States. Article 6, clause 2 of the U.S. constitution declares that treaties, which includes executive agreements, are the supreme law of the land. Because there is no treaty of annexation we are faced with a difficult situation, which needs clarification and I find it necessary to notify my superiors.”

Pa’s telephone conversation with Winfrey took place before the Hawaiian Kingdom acceded to the International Criminal Court (ICC) on December 10, 2012 and beginning on March 4, 2013 the ICC can begin the investigation of war crimes committed within Hawaiian territory. After March 4, 2013, the U.S. Pacific Command will also be subject to investigation and prosecution by the ICC.

25 thoughts on “U.S. Pacific Command Admits to Police Officer “No Treaty of Annexation””