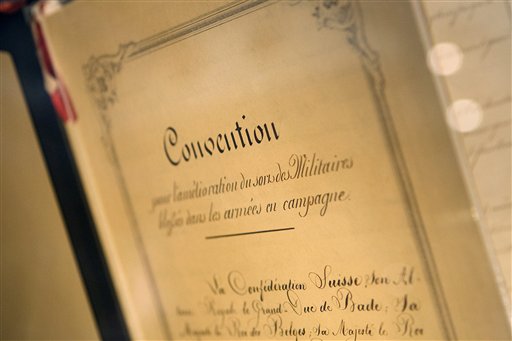 In the aftermath of World War II, countries met in Geneva, Switzerland, in 1949 to draft four treaties (conventions) and three additional protocols that establish standards for the humanitarian treatment during war. The Fourth Geneva Convention, in particular, would also “apply to all cases of partial or total occupation of the territory of a High Contracting Party, even if the said occupation meets with no armed resistance. (Article 2).” The Convention also provides protection to “those who, at a given moment and in any manner whatsoever, find themselves, in case of a conflict or occupation, in the hands of a Party to the conflict or Occupying Power of which they are not nationals (Article 4).”

On November 28, 2012, the acting government of the Hawaiian Kingdom signed the instrument of accession acceding to the Fourth Geneva Convention for the protection of the civilian population during Hawai‘i’s occupation, and on January 14, 2013, the instrument was deposited with the Swiss Federal Council in Berne, Switzerland. Pursuant to Article 157, the Convention took immediate effect from the date of the deposit because Hawai‘i is currently under occupation.