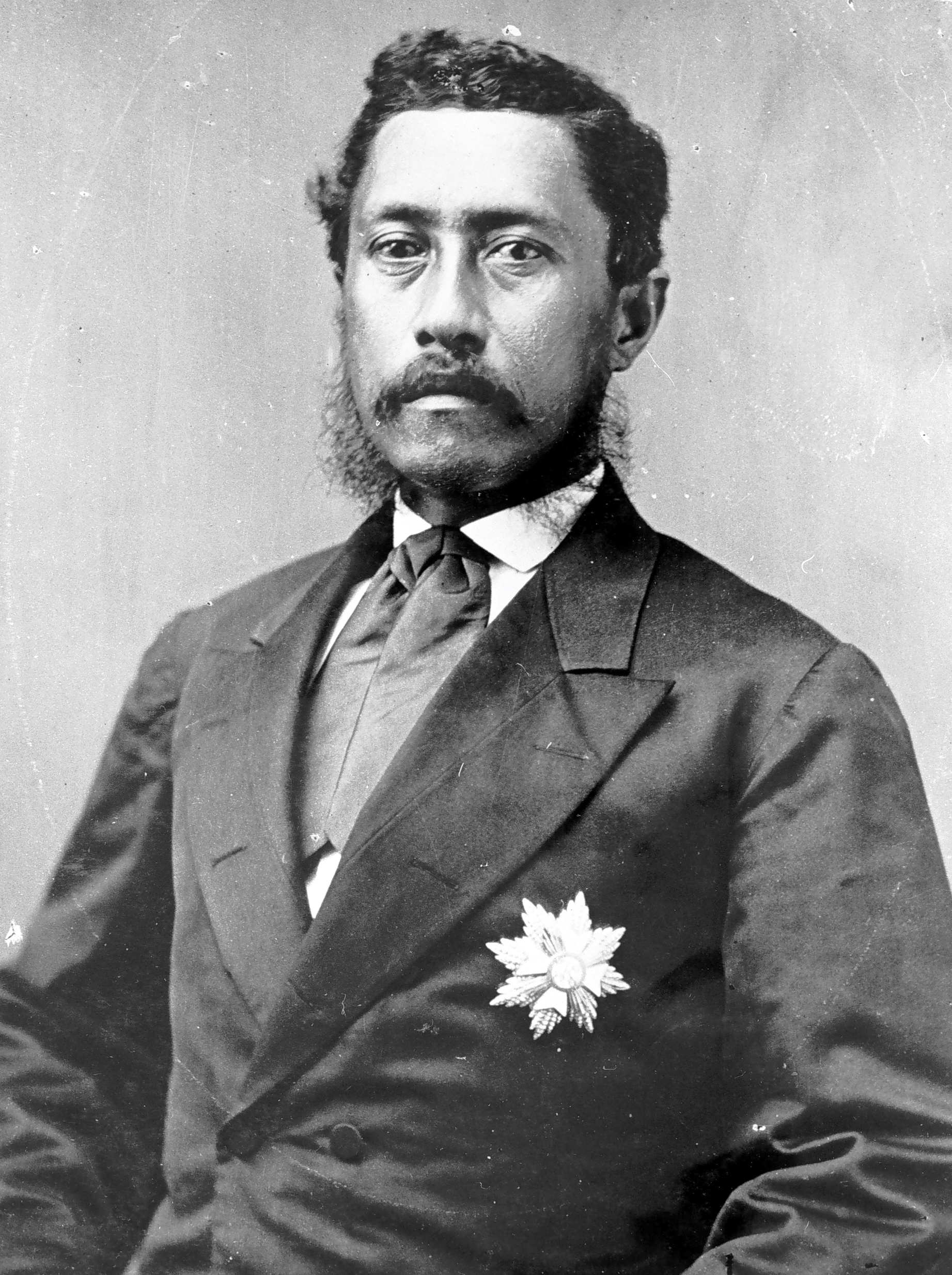 This is the day we commemorate the return of the Hawaiian Flag by Admiral Thomas. Twenty-two years have passed since that officer arrived at these shores, restoring the Flag to our King and the nation. Our hearts were filled with joy on that day that is forever remembered, and many tears were shed, not from sadness, but from joy. How very different from the previous February 25. I recall what I saw as I stood in the grounds of the old Fort with our current King and his younger brothers, now deceased; we witnessed our Flag being brought down. On that day, these islands were surrendered to the Crown of Great Britain, and on that day the flying star flag of Albion waved victoriously over these Islands. Many here probably heard the short speech King Kamehameha III gave regarding that event.

“Attention, Nobles, people, and subjects from my ancestors’ time, as well as those of foreign lands! Pay heed all of you! I say to you all that I am in distress as a result of predicaments into which I have been drawn without cause, therefore I have surrendered the sovereignty of our land, and so you should all heed that! However, my reign over all of you, my people, and your rights, will continue because I am hopeful that the sovereignty of the land will yet be restored, if my actions are just.”

That speech by the King to his people was short, but important nonetheless. He expressed his sadness about what he had seen. There were many tears that day. Those were dark and fearful days. The entire nation mourned during those months of investigation, thinking that the government might have been lost for all time to the hands of a foreign power. For five long months all remained calm, as at the outset, and on the 31st of July, the day we now commemorate, we saw “the flag for which they had dared for a thousand years to valiantly face war and the wind” brought down by one of the own sons of England.

As Doctor Gulick clarified, “America gaining independence was not something that simply came to be, nor was it some short-lived foolishness. Instead, it was something that came about and will be remembered for centuries, and is something that will continue on into the future.” The same is true of this, our restoration day, it is not something that just came to be. Admiral Thomas did not simply come here regarding trouble that was occurring and seek the facts as they have done before, but he heard, from a high-level source, of actions happening between this Government and those under its domain. He carefully considered it, and the setting was perfectly clear to him prior to his sailing here and his return of the land to its King who had acted justly. The people (though I speak as an individual) had acted appropriately, were thoughtful and vigilant in the workings of the Government, and if they had spoken or acted irresponsibly, they would certainly have incurred the wrath of the opposition. Something real that was witnessed was whether the assets that the nation had entrusted to someone in a certain department would continue to exist. It was assumed they had not. The books of every kind, which were critical, were taken away from the offices and hidden, then taken to the Royal Crypt, there to be left among the residents of that eerie place. Night and day, the work was carried out there, and the casket of Good Ka’ahumanu became the desk for writing.

But the sun rose again, brighter than ever. The hopes of the good and benevolent Kauikeaouli were fulfilled (you will likely never forget the short speech he gave with the wishes for his people on the day he surrendered the land to Great Britain, and his hopes that once his actions on behalf of his Kingdom were justified, it would be restored to him as before). At this time, we are an independent modern nation, and we are seen as such, and though we have only recently emerged from darkness into enlightenment, our status has grown, and continues to expand through righteousness.

Each of the many peoples of the earth has things of which they may be proud. England has promoted its powerful navy and through its colonies all around the world (and it is said to be true) the sun never sets on its bounds. France glorifies its Bonaparte, and the way all of Europe trembled while that soldier of a hundred wars sat on the French throne. Rome prided itself on its strength and its wealth. The United States of America was boastful that when it moved toward liberty, it gained its independence, and in recent years, stamped out both rebellion and slavery, never to rise again. Of what do we boast? I say sincerely, indeed there is something, for in the few, short years since the light of God’s word reached our shores, the tree of knowledge and wisdom has been planted, the roots have expanded out, the branches have spread wide, and now its fruits are being sent out among the benighted peoples of this great Pacific Ocean. The brightness of our enlightenment grows every day, and I am proud to say that we are assuming a position among the learned and civilized peoples of the world. I call this the true beauty of this land, Hawai’i.

As a closure to my reflections, I say that we should give our love to Him, the Judge of all things, because of his love for us, in our hours of strife and in times of good fortune and joy.

“May God Save The King With His Eternal Love.”

2 thoughts on “Speech of His Highness William Charles Lunalilo at the Celebration – July 31, 1865”