OHA’s top executive makes formal request to U.S. Department of State for legal opinion on the current status of Hawai‘i under international law 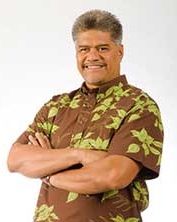 WASHINGTON, D.C. (May 9, 2014) – The Office of Hawaiian Affairs top executive submitted a formal request with the U.S. Department of State requesting a legal opinion from the U.S. Attorney General’s Office of Legal Counsel addressing the legal status of the Hawai‘i under international law.

The Office of Legal Counsel drafts legal opinions of the U.S. Attorney General and also provides its own written opinions and oral advice in response to requests from the various agencies of the Executive Branch, which includes the Department of State.

Trustees and staff of the Office of Hawaiian Affairs are in Washington, D.C., at the invitation of the Department of State for a consultation with representatives of the federal government, federally recognized tribes and other indigenous peoples of the United States on May 9. The topic of the meeting is the World Conference on Indigenous Peoples, to be held at the United Nations, September 22-23, 2014. The meeting will take place at the U.S. Department of State, 23rd Street entrance, between C and D Streets, N.W., Washington, D.C.

In a letter addressed to Secretary of State John F. Kerry, OHA Chief Executive Officer Dr. Kamana‘opono Crabbe, described his request as a very important question that needs to be answered from an agency that is not only qualified but authorized to answer, saying that it is addressing very grave concerns of OHA’s activities in its efforts toward nation building.

“As the chief executive officer and administrator for the Office of Hawaiian Affairs, being a governmental agency of the State of Hawai‘i, the law places on me, as a fiduciary, strict standards of diligence, responsibility and honesty,” Crabbe said. “My executive staff, as public officials, carry out the policies and directives of the Trustees of the Office of Hawaiian Affairs in the service of the Native Hawaiian community. We are responsible to take care, through all lawful means, that we apply the best skills and diligence in the servicing of this community.”

Crabbe explained the action taken was prompted when one of his staff attended a presentation and panel discussion at the William S. Richardson School of Law on April 17, 2014 that featured former Hawai‘i Governor John Waihe‘e, III, Chairman of the Native Hawaiian Roll Commission, senior Law Professor Williamson Chang, and Dr. Keanu Sai, a political scientist. Click here to view a video of the Law School presentation and panel discussion.

“The presentations of Professor Chang and Dr. Sai provided a legal analysis of the current status of Hawai‘i that appeared to undermine the legal basis of the Roll Commission, and, as alleged in the panel discussions, the possibility of criminal liability under international law. Both Professor Chang and Dr. Sai specifically stated that the Federal and State of Hawai‘i governments are illegal regimes that stem from an illegal and prolonged occupation by the United States as a result of the illegal overthrow of the Hawaiian Kingdom government.” Crabbe said. “As a government agency of the State of Hawai‘i this would include the Office of Hawaiian Affairs, and by enactment of the State of Hawai‘i Legislature, it would also include the Roll Commission. Both Act 195 and U.S. Public Law 103-150, acknowledges the illegality of the overthrow.”

Crabbe said he wanted to seek an opinion on the veracity of these allegations from its in house counsel or from the State of Hawai‘i Attorney General, but felt he was prevented because there would appear to be a conflict of interest if these allegations were true.

A press conference is scheduled for Monday, May 12, at 10:00 a.m. when OHA’s Chief Executive Officer Dr. Crabbe returns from Washington, D.C.

“For your consideration, I have enclosed Dr. Sai’s law journal article published in the Journal of Law and Social Challenges that compares federal recognition under the Akaka bill and the international laws of occupation. Act 195 is the State of Hawai‘i’s version of the Akaka bill. Dr. Sai argues that Native Hawaiians are not indigenous people of the United States, but rather nationals of an occupied State. In addition, I’m am also enclosing a brief authored by Dr. Sai and Professor Matthew Craven from the University of London, SOAS, Law School, titled “The Continuity of the Hawaiian State and the Legitimacy of the acting Government of the Hawaiian Kingdom;” a DVD packet with booklet of the Larsen v. Hawaiian Kingdom, Permanent Court of Arbitration, The Hague, Netherlands (1999-2001); a Complaint filed with the President of the United Nations Security Council in 2001 (without exhibits); a Protest and Demand filed with the President of the United Nations General Assembly in 2012 (without exhibits); a Referral submitted with the Prosecutor of the International Criminal Court at the Hague, Netherlands, in 2013, calling upon the Prosecutor for the investigation of war crimes alleged to have been committed in Hawai‘i (without exhibits); and a complaint for war crimes filed with the Philippine government under its universal jurisdiction alleging that one of our Trustees of the Office of Hawaiian Affairs, Ms. S. Haunani Apoliona, committed a war crime in her private capacity as a member of the Board of Directors for the Bank of Hawai‘i (without exhibits).”

“While I await the opinion from the Office of Legal Counsel, I will be requesting approval from the Trustees of the Office of Hawaiian Affairs that we refrain from pursuing a Native Hawaiian governing entity until we can confirm that the Hawaiian Kingdom, as an independent sovereign State, does not continue to exist under international law and that we, as individuals, have not incurred any criminal liability in this pursuit.”

28 thoughts on “State of Hawai‘i Government Official Requests from U.S. State Department Legal Opinion on the Current Status of Hawai‘i under International Law”