As part of a three part series the National Education Association (NEA) has published the third and final article on the American occupation of Hawai‘i. The NEA is the largest labor union in the United States comprised of public school teachers, administrators, and faculty and administrators of universities. This third and final article is titled “The Impact of the U.S. Occupation on the Hawaiian People.” 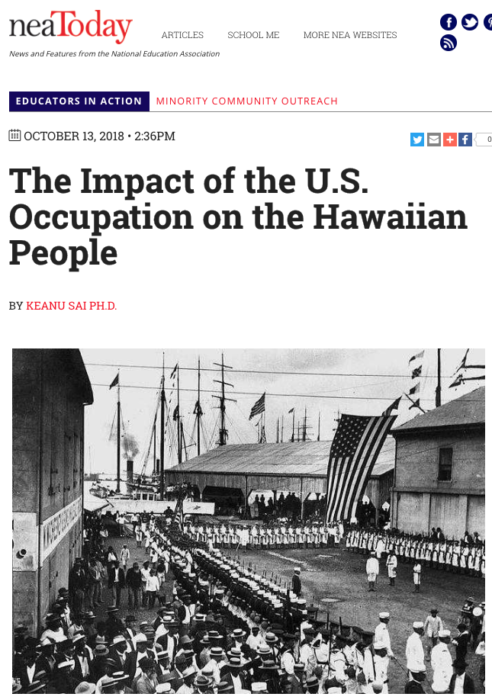