Hilo, Hawaii (PRWEB) July 01, 2015. At approximately 12:30pm on Wednesday June 24th shouts of joy could be heard two miles away as Goodfellow Bros., Inc. with their escort of Department of Land and Natural Resources and Hawaiʻi County Police gave up their attempt to reach the summit of Mauna Kea to resume construction of the TMT (30 meter telescope). After spending over five hours to move the convoy of trucks and police officers two miles through dozens of Aloha Checkpoints, or lines of people in pule, oli, and hula, the convoy gave up and turned around after large rocks and boulders were discovered blocking the road above the last line of protectors. Pule, oli, and hula mean prayer, spiritual chant, and religious dance respectively. 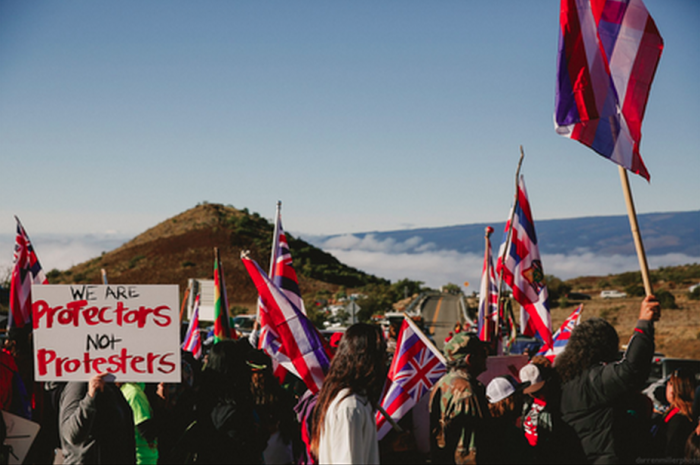 Kanuha, a protector of Mauna a Wākea who was one of the 31 arrested on April 2, 2015 and one of the 12 arrested June 24th (State of Hawai‘i v. Chase Kahookahi Kanuha, criminal no. 3DCW-15-0001042, Third Circuit Court, State of Hawai‘i), stated, “We will not allow them to further desecrate our mountain. We are not fazed by TMT’s decision and we are not fazed by the presence of law enforcement. We are also not in this for just one day. We are in this for the long haul and will protect our mountain until its safety is ensured no matter how long it takes. We will forever prevent the building of the TMT upon Mauna a Wākea until the very last aloha ʻāina lives.” Aloha ʻĀina in the Hawaiian language is patriot. 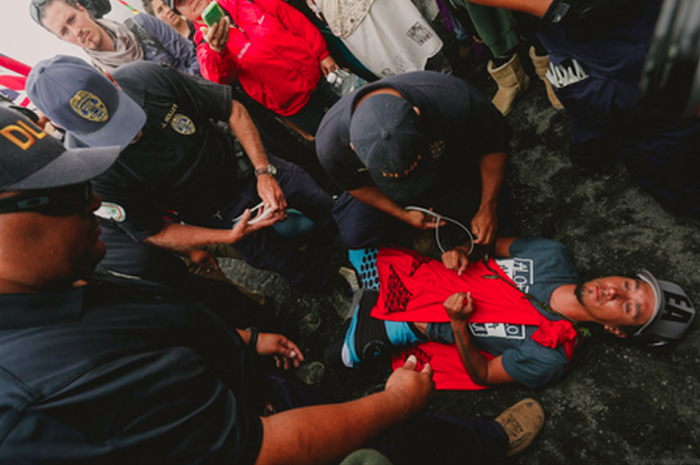 “The push to build the TMT telescope has also educated the public of Hawai‘i true history as a neutral country that has been under an illegal and prolonged occupation by the United States since the Spanish-American War,” continues Kanuha. “The closest parallel to Hawai‘i occupation as a neutral country would not take place until 16 years later when the Germans occupied the neutral country of Luxemburg in 1914 when World War I broke out. Hawaiʻi is the longest occupation in the history of international law.”

In 2001, the Permanent Court of Arbitration in The Hague, Netherlands, acknowledged that, “in the nineteenth century the Hawaiian Kingdom existed as an independent State recognized as such by the United States of America, the United Kingdom and various other States, including by exchanges of diplomatic or consular representatives and the conclusion of treaties.” (Larsen/Hawaiian Kingdom http://www.pca-cpa.org/showpage.asp?pag_id=1159). Unable to pass a treaty of annexation because of diplomatic protests by the late Queen Lili‘uokalani and by Hawaiian subjects people who signed a signature petition against annexation that numbered 21,269, (over 95% of the voters) the United States passed a congressional law to seize Hawai‘i during the war with Spain so they could establish a naval base at Pearl Harbor and build up the islands as a military outpost (The Kue Petition and the joint resolution of annexation). The Congress justified this action as a military necessity. Today, the U.S. military controls nearly 20% of the islands. 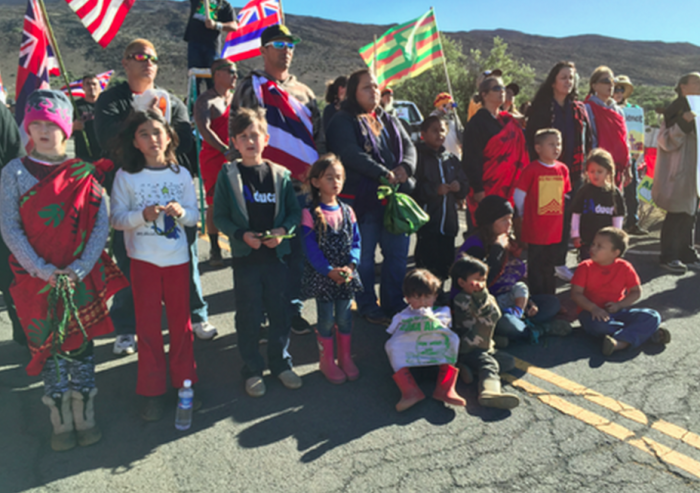 “Since the occupation began, our great-grandparents and grandparents have been brainwashed into believing a false history that we are Americans and that Hawai‘i is a part of the United States, but we now know the truth. Our generation is now learning the correct history that is now being taught in preschools, middle schools, high schools, and in the colleges. We now know that Congress cannot pass a law annexing another country, no more than Congress can pass a law today annexing Canada. We now know that we’ve been under an illegal occupation that has been disguised through lies that Hawai‘i is the 50th State of the United States. And we now know that we are protected by international law and that the destruction of our sacred mountain and the arrests of the protectors are war crimes under the Hague and Geneva Conventions,” also states Kanuha.

After Kanuha reported war crimes have been committed by TMT to Canadian authorities in Ottawa on May 13, 2015, Constable Michael Johnson of the RCMP’s Sensitive and International Investigations unit assured Kanuha that they will initiate a preliminary investigation. More information can be found in this KITV report.

“We are ready for this challenge,” Kanuha said. “The more we struggle the stronger we become. TMT has chosen the wrong country, the wrong time and the wrong people. The TMT will not be built upon Mauna a Wākea because the people and international law will not allow it. We will win. We have no other option.”

For the latest updates and news directly from the protectors on Mauna a Wākea please visit our blog at https://maunaawakea.com.