On May 4, 1898, Congressman Francis Newlands submitted a joint resolution for the annexing of the Hawaiian Islands to the U.S. House Committee on Foreign Affairs after Commodore Dewey defeated the Spanish fleet at Manila Bay, Philippines, on May 1. On May 17, the joint resolution was reported out of the committee without amendment and headed to the floor of the House of Representatives. The joint resolution’s accompanying Report justified the congressional action to seize the Hawaiian Islands as a matter of military interest. The Report stated,

“The leading nations—England, France, Germany, Japan, Spain, and the United States—have each a Pacific Squadron. Every one of these squadrons is stronger than ours save that of Spain, which is the weakest. Had the war in which we are now engaged been with any of the other powers they might have worsted our fleet and seized the Hawaiian Islands, which are not now defended by any fortification or cannon, thus exactly reversing our recent good fortune at Manila. They would then have had a convenient base for supplies, coal, and repairs, from which to actively harry and devastate our coast. But were we in complete possession of the Hawaiian Islands and they properly prepared for defense (which eminent officers of the Army and Navy stated to the committee could be done at a cost of $500,000), our fleet, even if pressed by a greatly superior sea power, would have an impregnable refuge at Pearl Harbor, backed by a friendly population and militia, with all the resources of the large city of Honolulu and a small but fruitful country. Holding this all important strategic point, the enemy could not remain in that part of the Pacific, thousands of miles from any base, without running out of coal sufficient to get back to their own possessions. The islands would secure both our fleet and our coast (House Committee on Foreign Affairs Report to accompany H. Res. 259, May 17, 1898, 2 (House Report no. 1355, 55th Congress, 2d session).” 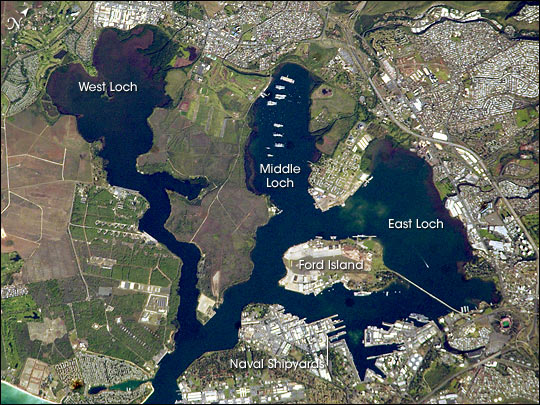 Despite objections by Senators and Representatives that foreign territory can only be acquired by treaty and not through a congressional statute, President McKinley signs the joint resolution into law on July 7, 1898, and the occupation of the Hawaiian Islands began on August 12. The war with Spain did not come to an end until April 11, 1899, after documents of ratifications of the Treaty of Paris were exchanged. Customary international law mandated the United States, as the occupying state, to establish a Military Government in order to provisionally administer the laws of the occupied state, being the laws of the Hawaiian Kingdom that stood prior to the regime change on January 17, 1893. Instead of establishing a Military Government, the U.S. authorities allowed the insurgents to maintain control until the Congress could reorganize the so-called Republic of Hawai‘i.

By statute, the U.S. Congress changed the name of the Republic of Hawai‘i to the Territory of Hawai‘i on April 30, 1900. The Territorial Act stated,

“The constitution and statute laws of the Republic of Hawaii then in force, set forth in a compilation made by Sidney M. Ballou under the authority of the legislature, and published in two volumes entitled ‘Civil Laws’ and ‘Penal Laws,’ respectively, and in the Session Laws of the Legislature for the session of eighteen hundred and ninety-eight, are referred to in this Act as ‘Civil Laws,’ ‘Penal Laws,’ and ‘Session Laws’ (31 U.S. Stat. 141).”

On March 18, 1959, the U.S. Congress again by statute changed the name of the Territory of Hawai‘i to the State of Hawai‘i. The Statehood Act stated, 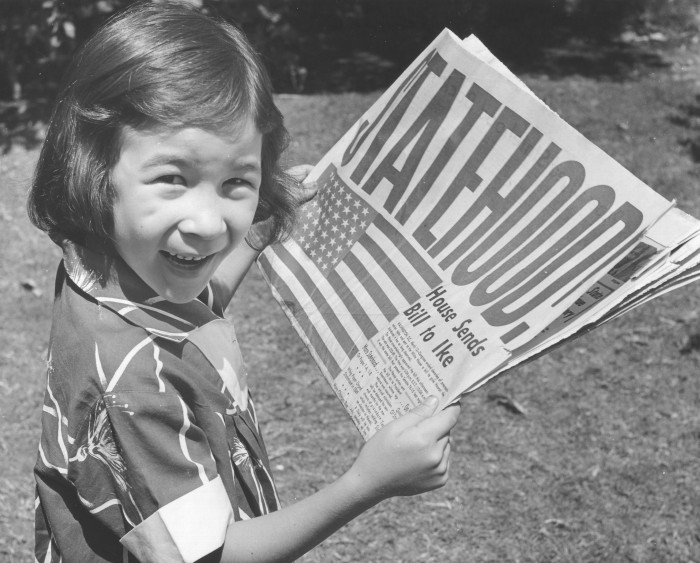 When the United States created the Territory of Hawai‘i in 1900 it surpassed “its limits under international law through extraterritorial prescriptions emanating from its national institutions: the legislature, government, and courts (Eyal Benvenisti, The International Law of Occupation 19 (1993). The purpose of this extraterritorial prescription was to conceal the occupation of the Hawaiian Kingdom and bypass the duty of administering the laws of the occupied state in accordance with the 1899 Hague Convention, II, which the United States had ratified. Article 43, provides:

“The authority of the legitimate power having actually passed into the hands of the occupant, the latter shall take all steps in his power to re-establish and insure, as far as possible, public order and safety, while respecting, unless absolutely prevented, the laws in force in the country.”

“The authority of the legitimate power having in fact passed into the hands of the occupant, the latter shall take all the measures in his power to restore, and ensure, as far as possible, public order and safety, while respecting, unless absolutely prevented, the laws in force in the country.”

The United States creation of the State of Hawai‘i in 1959, as the successor of the Territory of Hawai‘i, not only stood in direct violation of Article 43, but also the duty of non-intervention in the internal affairs of another state. This armed conflict has continued to date.