War Crimes: Destroying or seizing the [Occupied State’s] property unless such destruction or seizure be imperatively demanded by the necessities of war

On August 12, 1898, the United States of America seized approximately 1.8 million acres of land that belonged to the government of the Hawaiian Kingdom and to the office of the Monarch. These lands were called Government lands and Crown lands, respectively, whereby the former being public lands and the latter private lands. These combined lands constituted nearly half of the entire territory of the Hawaiian Kingdom.

Beginning on July 20, 1899, President McKinley began to set aside portions of these lands by executive orders for “installation of shore batteries and the construction of forts and barracks.” Below are the schematics for defense of the popularly known Diamond Head crater at Waikiki.

The first executive order set aside 15,000 acres for two Army military posts on the Island of O‘ahu called Schofield Barracks and Fort Shafter. According to Van Brackle’s “Pearl 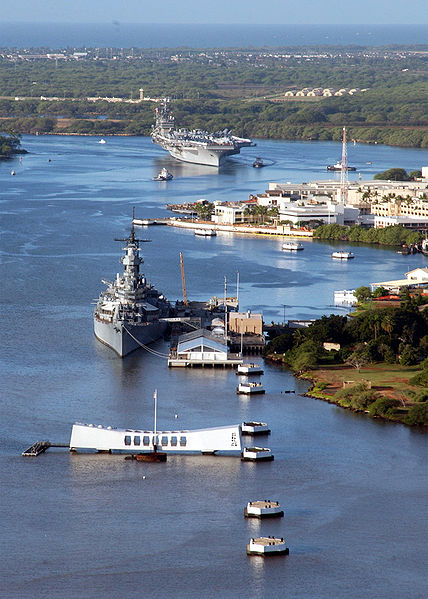 Harbor from the First Mention of ‘Pearl Lochs’ to Its Present Day Usage,” this soon followed the securing of lands for Pearl Harbor naval base in 1901 when the U.S. Congress appropriated funds for condemnation of 719 acres of private lands surrounding Pearl River, which later came to be known as Pearl Harbor. By 2012, the U.S. military has 118 military sites that span 230,929 acres of the Hawaiian Islands, which is 20% of the total acreage of Hawaiian territory.

The United States Navy’s Pacific Fleet headquartered at Pearl Harbor hosts the Rim of the Pacific Exercise (RIMPAC) every other even numbered year, which is the largest international maritime warfare exercise. RIMPAC is a multinational, sea control and power projection exercise that collectively consists of activity by the U.S. Army, Air Force, Marine Corps, and Naval forces, as well as military forces from other foreign States. During the month long exercise, RIMPAC training events and live fire exercises occur in open-ocean and at the military training locations throughout the Hawaiian Islands. In 2012, Australia, Canada, Chile, Colombia, France, India, Indonesia, Japan, Mexico, Malaysia, Netherlands, New Zealand, Norway, Peru, Philippines, Russia, Singapore and South Korea participated in the RIMPAC exercises.

In 2006, the United States Army disclosed to the public that depleted uranium (DU) was found on the firing ranges at Schofield Barracks on the Island of O‘ahu. It subsequently confirmed DU was also found at Pohakuloa Training Area on the Island of Hawai‘i and suspect that DU is also at Makua Military Reservation on the Island of O‘ahu. The ranges have yet to be cleared of DU and the ranges are still used for live fire. This brings the inhabitants who live down wind from these ranges into harms way because when the DU ignites or explodes from the live fire, it creates tiny particles of aerosolized DU oxide that can travel by wind. And if the DU gets into the drinking water or oceans it would have a devastating effect across the islands.

The Hawaiian Kingdom has never consented to the establishment of military installations throughout its territory and these installations and war-gaming exercises stand in direct violation of Articles 1, 2, 3 and 4, 1907 Hague Convention, V, Respecting the Rights and Duties of Neutral Powers and Persons in Case of War on Land.

The deliberate and willful decision by the United States of America’s administration, as the occupant State, not to comply with international law and establish a military government since 1893 to administer the laws of the Hawaiian Kingdom, being the occupied State, has led to grave breaches and war crimes on an grand scale equal to none in the history of the world and the ramifications are world wide. 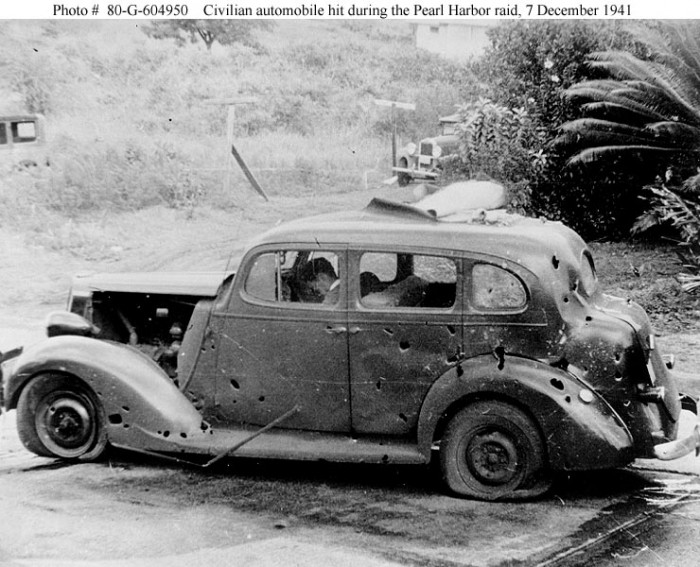 In 1990, the United States Federal Emergency Management Agency (FEMA) published Risks and Hazards: A State by State Guide. One of the subjects included nuclear targets and identified six (6) nuclear targets on the island of O‘ahu that coincided with the locations of military posts of the U.S. Army, Navy, Air Force and Marines. Also included as a target is the Headquarters of the U.S. Pacific Command at Camp Smith that lies in the back of a residential area called Halawa. According to FEMA, the entire Island of O‘ahu would be obliterated if a nuclear attack were to take place. 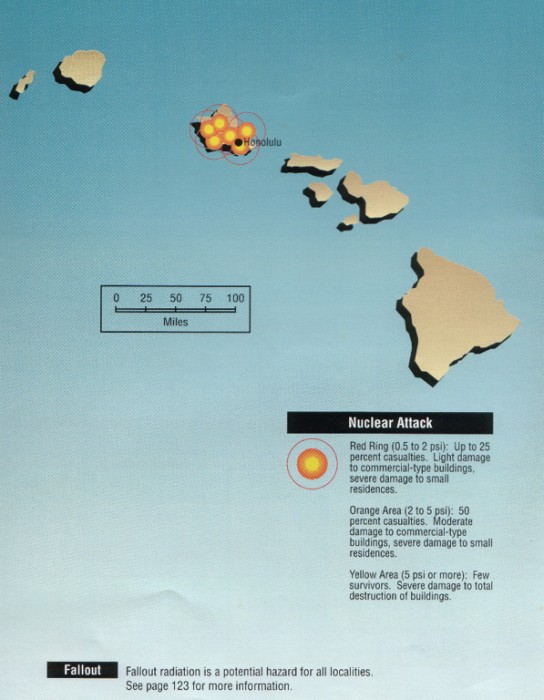 The United States military presence also incurs the threat of attack from States and non-State actors who are adversaries of the United States of America. On March 26, 2013, the New York Times reported, “North Korea said on Tuesday that all of its strategic rocket and long-range artillery units ‘are assigned to strike bases of the U.S. imperialist aggressor troops in the U.S. mainland and on Hawaii and Guam and other operational zones in the Pacific as well as all the enemy targets in South Korea and its vicinity.’” The Christian Science Monitor also reported, “North Korea announced today in a blizzard of threats that it is ready to target US military bases in Guam and Hawaii as part of a full-alert military posture.”