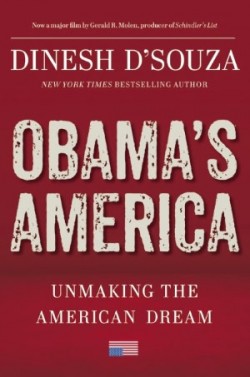 American right-wing author Dinesh D’Souza interviewed Willy Kauai, a Ph.D. candidate in political science at the University of Hawai‘i at Manoa, for his book “Obama’s America: Unmaking the American Dream” that was released in August of 2012. Kauai’s doctoral research centers on Hawaiian nationality/citizenship since the 18th century to the present.

“At the University of Hawaii I also interviewed Willy Kauai, a graduate student who recently gave a talk on ‘Why the Birthers Are Right for All the Wrong Reasons.’ Kauai’s argument is very interesting. He says that of course Barack Obama was born in Hawaii, but he is still ineligible to be president. That’s because the Constitution specifies not only that the president must be a U.S. citizen but also that the president must be ‘natural born.’ The president, in other words, must be born in the United States. But Kauai’s argument is that Hawaii is not legally part of the United States because U.S. forces illegally annexed Hawaii in the late nineteenth century. So from Kauai’s point of view the birthers are right not because Obama was born in Kenya, but because Hawaii, where Obama was born, is actually a foreign country. The only difference between Hawaii and Kenya is that Hawaii is under direct U.S. occupation. Kauai said he would like to see a restoration of the Hawaiian Kingdom, what he calls ‘independence for Hawaii.’ I asked him if this would amount to Hawaii seceding from the United States. He said no. ‘Seceding would imply that Hawaii was ever part of the United States.’”

Kauai’s presentation referenced by D’Souza, titled “Why the Birthers Are Right for All the Wrong Reasons: Re-centering Law and De-centering Race in Hawai‘i,” at the University of Hawai‘i Political Science Department, can be viewed on YouTube in 6 parts. Part 1, Part 2, Part 3, Part 4, Part 5, and Part 6.